You might think that community development funding in the United States—investments like small-business loans, federal housing grants, tax credits, and investments from community development financial institutions—go to local communities in rough proportion to their need. For example, in any given year, you’d expect communities to receive roughly the same amount of per-family and per-employee lending. And if any communities were prioritized, you’d hope they would be those that have higher levels of poverty and unemployment, as the public sector works to jump-start struggling economies.

As it turns out, that’s not the case. Urban Institute, through a grant from JPMorgan Chase, measured flows of federally sponsored or incentivized community development capital to all U.S. counties with more than 50,000 residents (which accounts for 88 percent of the U.S. population) using data from 2011 to 2015. We tracked funding in four dimensions: housing, small business, impact finance (loans from community development financial institutions and New Markets Tax Credit investments), and other community development programs. The upshot: some communities in the United States seem much better than others at attracting grants and financing for community development—even after adjusting for their relative needs. Here are some of the surprising trends we found:

Large counties get disproportionately more investment than small ones. You would expect that large counties with 300,000 or more residents get a lot more funding than small counties with less than 100,000 residents. But you’d also expect to see that difference go away once you adjust for the difference in size. We found differences even after we made those adjustments. Large counties, for example, got more than three times as much federal housing funding per low-income person (income below 200 percent of the federal poverty level), and almost four times as much impact finance investment, as small counties (table 1). In small-business lending, large counties received 1.25 times the investment per small-business employee.

Even among large counties, there are winners and losers. For example, Denver, Colorado, got 3.5 times the amount of impact finance investment per low-income person that Sarasota County, Florida, got.

Counties with higher poverty and unemployment rates generally do worse, not better, at attracting funding. Counties with the highest poverty and unemployment rates generally received less funding per low-income person, and less small-business lending per small-business employee, than better-off counties. The only exception was for impact finance investment, which was more targeted to high poverty areas.

All these trends raise a question about how and why some counties compete so much more effectively. Are more successful counties investing more in supporting a local community development ecosystem, with strong support for and partnerships among local government, nonprofit agencies, and the business community? Do local governments in large counties have specialized staff who manage the complex process of applying for some funding sources? Do banks pay more attention to larger markets? Are federal formula grant programs poorly targeted? It’s likely a combination of all these factors. What is more clear are the implications: uneven delivery of federal dollars means uneven support for the affordable housing, small business development, and other community development resources that are needed to promote social and economic mobility for low-income residents.

If unequal funding across counties is a concern, how does the disparity play out across neighborhoods within a given city? That answer is also sobering. On the bright side, looking at Baltimore, Chicago, Detroit, and Minneapolis and St. Paul, we find public-sector funding is generally distributed progressively—focusing on neighborhoods with higher poverty levels. However, these funds don’t come close to balancing out stark spatial inequities in mainstream investment activity (such as home mortgages, small business and commercial real estate lending, and development activity).

Find out how your community fared at our Community Development Financial Flows web feature. More details about our study results, methods, and limitations are also available online. 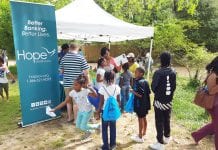 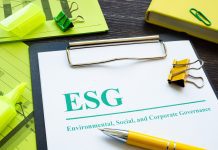