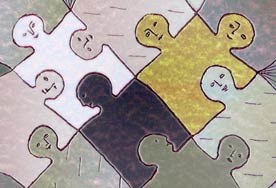 On May 8, three fair housing groups took action to preserve an important tool for community empowerment and equity, the so-called “Affirmatively Furthering Fair Housing” (AFFH) requirements of the Fair Housing Act, one of our country’s foundational civil rights laws. On that day, the National Fair Housing Alliance (NFHA), Texas Appleseed, and the Texas Low Income Housing Information Service (“Texas Housers”) asked a federal court to find that the U.S. Department of Housing and Urban Development (HUD) has violated the Administrative Procedure Act (APA) and order HUD to reinstate the 2015 rule implementing the AFFH provisions.

Our three organizations have worked together before to ensure equity in disaster recovery efforts and on other AFFH-related matters. We were in agreement that on Jan. 5, when via Federal Register notice, HUD announced abruptly—with no prior notice or opportunity for comment—that it was putting on hold further implementation of the AFFH rule, it was acting in an improper manner, not to mention misguided and counterproductive for the communities in which we work. After we filed our lawsuit, HUD took a different tack. On May 23, it rescinded the Jan. 5 notice and issued a new one, withdrawing the Assessment Tool that local governments must use to conduct their fair housing plans. This tool is the centerpiece of the rule, the part upon which all of the other provisions depend. As our amended complaint explains, this has the same ultimate impact as the earlier notice; it effectively suspends the AFFH rule.

Fair Housing as a Tool for Equity

For communities that use the AFFH rule as an organizing tool, it has the potential to be a powerful force for addressing deep racial and ethnic disparities in the U.S. The AFFH mandate was hard-wired into the Fair Housing Act when it was passed in 1968, but has been largely ignored by HUD for most of the past 50 years.

Its goals are quite straightforward and common sense. One goal is to make sure that HUD, and the cities, counties, states, and public housing authorities it funds, do not discriminate in the way they use their housing and community development resources. The second goal is to make sure that HUD and its grantees take deliberate steps to undo the harm caused by segregation, both by investing in neighborhoods that have been deprived of important assets and resources, and by opening doors in communities that are resource-rich but not accessible to people of color, families with children, people with disabilities, or others protected under the Fair Housing Act. Government helped create segregation to the detriment of us all, and government must help dismantle it.

NFHA holds that communities across the country working to make sure no neighborhood is left behind—as well as people in communities that have been ignoring their obligation to do so—cannot afford to wait what will amount to another five years for the AFFH rule to take effect, as HUD’s decision would have them do. Our co-plaintiffs, who are well acquainted with the power of the AFFH mandate and currently face the daunting task of ensuring an equitable recovery from last year’s devastating Hurricane Harvey, agree.

Where You Live Does Matter

Where you live determines the kinds of resources and opportunities available: schools, transportation, jobs, quality of the environment, and many other factors. The AFFH mandate recognizes our country’s history of government-sponsored segregation and its connection to the enormous racial, ethnic, and other disparities that exist today, undermining our future prosperity and stability. It reflects a belief that your ZIP code should not determine the course of your life, and that all neighborhoods should be places of opportunity.

The requirements of the 2015 rule were straightforward: HUD grantees must take a close, honest look at who lives where in their jurisdictions, by race, national origin, and other characteristics, and assess how those residential patterns affect access to opportunity. HUD provides a format, extensive data and other tools to help them do this. HUD’s grantees must identify the key barriers to fair housing, and set goals for toppling those barriers, complete with metrics and timelines. Those goals must inform their plans for using HUD funds and other housing and community development resources. They must involve the community—those most affected by these decisions—in this process. They must submit their fair housing plan to HUD for review and acceptance, a prerequisite for receiving HUD funds. Then they must report each year on their progress toward achieving those goals, a critical measure for accountability.

Corrections to a Proven Failure

Before HUD issued the 2015 AFFH rule that it has now suspended, it had in place a system for fair housing planning that was universally recognized as ineffective: by NFHA and its members, by local government officials, by HUD itself, and by the Government Accountability Office (GAO). GAO studied HUD’s old fair housing planning system in 2010 and found that they were often out of date, missing, or incomplete, and they lacked any timeframe for implementation of recommendations.

The AFFH rule responds to each and every flaw in the old system that was identified by the 2010 GAO report. It provides clarity, consistency, and accountability, and it greatly expands the seats at the decision-making table for members of the community, particularly those who have often been ignored and left behind.

This approach is both more equitable and more strategic, since people who have a voice in making decisions are more invested in and supportive of the outcomes. Further, it gives communities a structure for syncing up their plans for housing, community development, transportation, education, environment, and other needs, aligning the different plans and leveraging the different funding streams to maximum effect.

Before HUD hit the brakes, 49 communities had gone through the new fair housing planning process, and early results were promising. Fair housing groups found jurisdictions more open to their input and responsive to their concerns. Other community groups that hadn’t even been aware of the process in prior years played an active role this time around. They learned how this rule offered a means to elevate the biggest barriers to opportunity they face and have their jurisdiction listen and take action. The result was not only more robust community engagement, but more specific proposals for tackling fair housing concerns in communities.

HUD’s decision to suspend the AFFH rule ends this progress and returns the country to a system that is a proven failure. It halts the momentum that was building for making sure that all communities offer their residents the opportunities they need to succeed, and that people’s choices about where to live are not limited due to race, national origin, family status, or disabilities. It turns the country around and points it toward the past, rather than working to make sure we are building for the future.

NFHA asserts that HUD made the wrong decision, and acted unlawfully. We are hopeful that the court will agree and order HUD to rescind its Jan. 5 notice and get back to doing what we’ve waited 50 years for: full and effective enforcement of the Fair Housing Act.

Note: A number of other parties have stepped up to support the lawsuit. The State of New York has petitioned the court to intervene on behalf of the plaintiffs, and three groups have filed amicus briefs. They include PolicyLink, a set of six states and six cities led by the Maryland Attorney General, and 57 local and national civil rights, affordable housing, consumer, and anti-poverty organizations. All of the briefs and supporting documents in the case are available here.  The judge has scheduled a hearing for July 18.