As policymakers, advocates, investors, and communities learn more about Opportunity Zones, this new tax incentive could be any, or all, of the above.

It could provide a massive boost to economic development in low-income communities, kickstarting billions of dollars of investment in all types of distressed areas—urban, rural, and places in between—to produce affordable housing for residents, create jobs by enabling existing businesses to expand and entrepreneurs to start new firms, and provide opportunities that have largely passed by many parts of the U.S.

Or, it could provide an infusion of private capital without commitment to local needs, and those priorities could displace longtime residents and businesses. Some communities were so concerned about this that they asked not to be included as states chose census tracts to nominate.

Or, it might have little effect at all, as investors decide that the risks are too great for the potential returns.

The potential is there for great benefits, but it is not yet clear where, how, and to whom any benefits will accrue. People who care about connecting residents and businesses in distressed communities with opportunities need to act now so Opportunity Zones fulfill their promise.

Since last year’s tax bill created Opportunity Zones, understanding has grown quickly about how this new investment tool is designed to drive long-term capital to rural and low-income urban communities. This tax incentive is intended to encourage investors to place their capital gains into Opportunity Funds—a new vehicle that will channel pooled money into equity investments in small businesses and real estate—in return for deferred, or even reduced, tax liabilities.

Each state could designate, subject to approval by the U.S. Treasury, up to 25 percent of its low-income census tracts, to become Opportunity Zones. Since the initial March 21 deadline for nominating tracts, states have gradually revealed the areas that will be able to receive money from Opportunity Funds.

So far the Treasury Department has approved Opportunity Zones for 20 states and four territories, with decisions on the remaining zones to be announced soon. Some states waiting for final word have made their nominations public.

As the final Opportunity Zones are announced, it will be important to examine the characteristics of those areas as well.

What to Know and Do Now

The key question now is: how can advocates ensure that Opportunity Zones produce equitable, direct, and sustained benefit for the residents and businesses in those census tracts?

Understanding which areas have been designated. Enterprise offers a dynamic mapping tool that shows not only those areas, but also how Opportunity Zones can leverage other community development resources, such as the New Market Tax Credit and Choice Neighborhoods.

Determining local needs and priorities. Some communities have been starved for capital for many years, and Opportunity Zones might provide the investment needed to accelerate economic growth. Other Opportunity Zones are adjacent to areas that are rapidly revitalizing, and so a primary concern is too much capital that could lead to displacement of longtime residents and businesses. Successful implementation will need to capture community input—through collaboration among state and local officials and community stakeholders—and align with existing programs and plans.

Some states are already taking these kinds of thoughtful approaches. Officials in one state looked deeply at the relationship between eligible tracts and other federal place-based investment programs, enabling them to focus their designations where Opportunity Zone investments could align with existing priorities. In another state, senior officials incorporated a measure for housing stability into their process so they could target areas where, if land values increased after investments, residents would be less likely to be displaced. In a third, the state housing finance agency is exploring innovative ways to incentivize affordable housing development in designated Zones.

Shaping Treasury’s regulations for Opportunity Funds. Because this tax incentive is so new, its implementation rules are still being developed. Now is the time for advocates to affect the final regulations. It will be particularly important to weigh in based on the kind of principles our organization outlined in a March letter to Treasury:

Opportunity Zones truly are an unprecedented opportunity, but their ability to provide the benefits our vulnerable communities deserve depends on stakeholders and communities bringing their expertise to develop effective guidance. 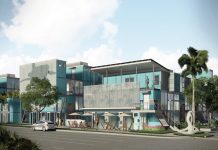