There is a significant divergence in meaning between endanger and glimmer. In fact, this may be the first time the two words have been used in the same sentence. They also capture different perspectives on the economic outcome likely to result from tax reform.

“GOP’s tax measures endanger a preservation success story” was the original and more appropriate headline in my home delivery edition of the Chicago Tribune on Nov. 24, 2017. I don’t know who at the paper read the column by its architecture critic Blair Kamin and thought the headline should be changed to “Glimmer of Hope” for the online version. I’m seeing very little glimmer knowing that the Institute of Cultural Affairs’ GreenRise historic restoration may be endangered.

Our organization is layering multiple sources of capital for the $15 million restoration of the landmarked building that ICA has owned since 1971 in Chicago’s Uptown neighborhood. One key layer is the Historic Tax Credit (HTC), a financing tool that encourages private investment in the rehabilitation of historic buildings. Since its inception, initially enacted in 1978 and made permanent in the tax code in 1986, the credit has attracted $131 billion in private capital to revitalize often abandoned or underutilized properties that have a financing gap between what banks will lend and the total development cost of the transaction.

Uptown has been and hopefully will remain Chicago’s most economically and racially diverse community. The tenants in our 166,000-square-foot building serve 1,000 disadvantaged individuals per week. It is a community anchor for those in need. Restoring the facility for its diverse users is an appropriate use of HTCs. Urban and rural communities throughout the country have historic buildings that can be preserved and repurposed for multiple community needs.

In addition to revitalizing communities such as Uptown and spurring local economic growth, the HTC returns more to the U.S. Treasury than it takes. According to a study commissioned by the National Park Service, since inception, $25.2 billion in federal tax credits have generated more than $29.8 billion in federal tax revenue from historic rehabilitation projects. The credit generates new economic activity by leveraging private dollars that not only preserve historic buildings but also create jobs; through 2016, the rehabilitation of 42,293 historic buildings has created more than 2.4 million jobs, according to the Historic Tax Credit Coalition.

Though HTCs were preserved in the tax bill passed by Congress, its value was diminished. Instead of allowing investors to take the full value of the credit when a building opens, as they can now, it parcels out the credit over five years. Historic preservationists fear this change will decrease the attractiveness of the credit and consequently negatively impact its pricing. A project seeking $2 million of Historic Tax Credit investments could lose as much as $400,000 in valuable capital. Historic rehabilitation projects frequently have higher costs, greater design challenges, and weaker market locations—all of which can already cause lender and investor bias against such investments.

Another casualty of tax reform is the demise of tax credit bonds. While Private Activity Bonds survived the final assault, new key tools such as Qualified Energy Conservation Bonds (QECB) did not.

The ICA’s GreenRise had approval by the Illinois Finance Authority for a QECB of $755,000, but now the clock to issue the bond has been stopped by an act of Congress.

An additional timer has been started on New Market Tax Credits (NMTC), which thanks to tax reform are now set to expire in 2019. Perhaps there will be two more rounds of NMTC allocations with a 2018 announcement expected soon. In Chicago, 123 NMTC projects have been financed since 2001 for a combined cost of $1.6 billion, and a Chicago Sun-Times editorial on Dec. 18, 2017 began:

Apparently there wasn’t one Republican senator who was willing to stick up for the idea that tax reform aimed at growing our economy should augment, not diminish, community investment.

In his column, Blair Kamin concluded by asking: “Why break what doesn’t need fixing?” I’ll go one further: Why not enhance investors’ tools that can preserve buildings, promote energy efficiency, and rebuild communities?”

In their holiday rush to present a gift to themselves, Republican senators and representatives have endangered community investment in their own states and districts as well as our country’s economic future. The divergence between the needs of the many and the wants of the few is only growing for the New Year and the next decade, and any glimmer of hope for community development is itself endangered. 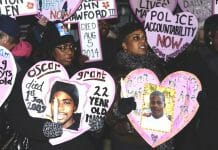