There are a lot of very real, very entrenched racial disparities out there, but it is nice to hear about some places where headway is being made. A study published in Housing Policy Debate has found that among the residents of assisted housing, there’s no longer racial disparity in quality or management of the housing, and that when controlling for other socioeconomic factors, no racial differences in young adult outcomes. There was a difference in neighborhood quality between Black and white households with children, but it did not predict young adult outcomes. Now if only more than 1 in 4 people who qualified for it could access this resource.

It may not have lived up to its promises yet, but at least Canada has signed on to a treaty that declares housing a human right. That gives activists some leverage to push for things like a new $40 billion (Canadian) National Housing Strategy, which includes targets like removing 530,000 households from housing need. Ah, countries whose government program targets involve helping the people who are in need . . .

Speaking of which, despite the fact that the recently passed tax bill is basically uniformly hated across the country and terrifying on many fronts, the field has responded with its usual spread of tactics. The National Low-Income Housing Coalition, for example, described the vote as “Congress Passes Tax Bill that Exacerbates Inequality, Increases Debt, and Threatens Safety Net,” and we get the sense that they might have described it more colorfully in person (or maybe we’re projecting). 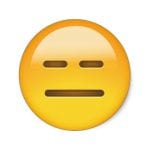 Enterprise Community Partners, on the other hand, tried for a silver lining approach, with “Tax Reform Leaves Critical Tools Intact,” focusing on the fact that Low-Income Housing Tax Credit (Housing Credit), multifamily Housing Bonds, and the New Markets Tax Credit (NMTC) had not been killed (even though changes in corporate tax rate may affect the value of the tax credit). While it’s good they weren’t killed, we admit we’re hard-pressed to be cheerful about that right now.

We’ve seen it play out in our own communities—the one-two punch of retail store proliferation coupled with online shopping has resulted in small, independent business struggling—and often failing—to stay open. And the situation seems more unfair when those chains open in newly “discovered” neighborhoods, bringing sometimes unequal competition to businesses that have become rooted in the community. A Jersey City, New Jersey policy that gives preference to small business will hopefully help to level that currently uneven playing field. The policy, adopted in 2015, limits the leasing to chains to 30 percent of the ground floor commercial space of a given development lot. Larger chain retailers usually can (and do) sign long-term (10 to 20 year) leases, which are preferred by developers—who will often wait and let spaces sit empty until those kinds of tenants come along. The councilwoman who proposed the policy saw this as unfair, and views small, independently owned businesses as part of the fabric of the community. We agree, and hope such policies can be used as a model and adopted in communities like Jersey City nationwide. 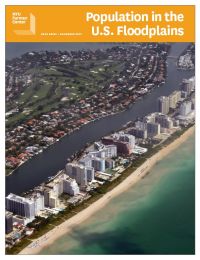 Underscoring the need for a long-term reauthorization of the National Flood Insurance Program, NYU’s Furman Center has released new data briefs from its online FloodzoneData.us tool. The briefs describe in detail the “floodplains” populations that would be affected should protections expire, a combined total of 30 million people. Households with children and seniors make up one-third of those in the 100-year floodplain, and contrary to belief, the threatened states are not all in coastal areas. A short-term extension was passed last week, but Congress has a deadline of today to negotiate a longer reauthorization of the program.

A newly-released report from the largest homelessness prevention program in Boston shows how its services not only helped nearly 1,500 families avoid homelessness, but saved the state millions doing it. Metro Housing | Boston’s Residential Assistance for Families in Transition (RAFT) program offers families a small amount of cash assistance and emergency shelter, helping to overcome financial crises for 1,474 families that may have resulted in homelessness. Massachusetts’ $3.8 million investment in RAFT, and the subsequent prevention of families slipping into the quicksand of homelessness, likely saved $31 million.

In “if-this-happens-it-would-be-huge” news, a Denver, Colorado, organization plans on creating the largest community land trust in the state with 700 (that’s not a typo) permanently affordable homes in its roster within the next five years. The Elevation Community Land Trust received more than $24 million in funding from private foundations and nonprofits to make this happen, and it’s seeking additional monies to make the homeownership dream a reality for hundreds of households. While it’s difficult to determine the exact number of CLT homes in the U.S., Melora Hiller of Grounded Solutions Network says there are roughly 165 community land trusts in the nation that have homeownership units totaling 12,000 homes.The Champlain Housing Trust, founded in the early 1980s, has about 700 homeownership units and is the largest CLT in the country.

New York City officials will soon know the total number of vacant properties available for residential use thanks to a new bill approved by the council earlier this week. A city agency will now be required to conduct an annual census of vacant lots and buildings, and officials will finally “understand the extent of property warehousing throughout the five boroughs and craft real policy solutions,” said Councilman Jumaane Williams, who co-sponsored the bill that was first proposed in 2015. According to Picture the Homeless, the number of vacant properties in the city is enough to house 199,991 households. Wow.