In various economic pundit conversations on Twitter, the new target of scorn is Universal Basic Income (UBI). Supporters of UBI (at least those who identify as being more left-leaning) posit it as a solution to the jobless and depressed landscapes that litter the country—from the heavily deindustrialized counties of the Rust Belt to the inner cities and suburbs where joblessness has been the norm for decades. By definition, UBI is a guaranteed payment from a government to all of its citizens to help support basic needs. The logic behind UBI is intuitive: sever the connection between labor and wages, simplify the cruel, confusing aspects of our threadbare welfare system, and offer folks a life not wholly dependent on the whims of the greater labor market. And, as Matt Bruenig powerfully argues, we already have UBI for the wealthiest in our society, so why not make it available to everyone not fortunate enough to have a steady stream of capital income?

A host of online pundits, best exemplified with this piece from Josh Barro, counter that UBI ignores the inherent value of work and is a logistic and ideological loser. The basic idea is that Americans want to work and get value from being “useful” in their jobs. This argument isn’t new, and some of his policy recommendations would generally be positive—decreasing workplace discrimination, implementing paid child leave, and mandating scheduling certainty are all decidedly positive, pro-worker steps. But these policies, and the reasoning behind them, miss two essential things.

First, and most basic, is that none of these policies have anything to do with making new jobs. The closest Barro gets to an actual job-creation policy is moving federal agencies, a dubious “place-based” idea that will simply shift labor from one region to another in the hopes of a large enough multiplier effect to spur economic growth. One does not need a degree in economics to know that most jobs that move will already be filled, and any knock-off effects that do show up will likely be in the growth of lower-paying, poor-quality jobs in the retail or service industry. Job quality is an important and undervalued area of workforce policy, but it does nothing in areas where there is an absolute lack of jobs in the first place.

Second, this notion of the intrinsic value of work is little more than an amalgamation of Protestant work ethic ideology extended. It is laughable that so many economists—in a field that never tires of commodifying that which we claim cannot, or should not, be commodified, now point toward the intrinsic, incalculable value of working. I do not deny that many gain some value from working beyond that of their wages. We all want to feel useful and valued, to be good providers for our families, and to lead reasonably comfortable lives. But the lie rests in the idea that any job will do. And even if we accept that the mere act of having a job is intrinsically valuable, then we must still ask why conservative critics of the UBI are so wary of the most obvious solution: giving people jobs directly.

William Darity Jr., director of the Samuel DuBois Cook Center on Social Equity at Duke, has proposed a federal job guarantee as an answer to the decimated job markets throughout the country and as a counter to some of the legitimate economic policy worries of UBI. Beyond offering employment to workers that the greater labor market has deemed unemployable for a variety of reasons, a job guarantee can act as a wage floor for the country (such jobs would pay a living wage and provide federal benefits), address the myriad physical and human infrastructure deficits we find across the country, and offer truly meaningful employment that would give workers a sense of purpose.

A federal job guarantee would address the real, material needs of working people across the country while providing rewarding jobs to all those seeking work. Such a proposal would do more to address poverty than increasing the generosity of the Earned Income Tax Credit (a favorite policy of more conservative economists). It would reinforce the inherent value of work by offering people rewarding jobs (both financially and socially), and not carry some of the complexity and inflationary risk of a UBI.

So, are we brave enough to demand a federal job guarantee in 2017? 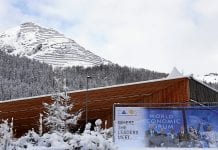 The Inside World of ‘Change Makers’