On Nov. 8, Donald Trump was elected to be our nation’s 45th President. In an attempt to understand his rise, a familiar narrative has emerged in which so-called “elites”—the media, politicians, and even people living on the coasts—have once again failed to understand the economic anxieties of the white working class. They supposedly failed to understand how factories moving overseas have crippled small towns. Or how rural America—“real America”—has been forgotten. While these communities certainly warrant increased public attention, exit polls show that Trump won white voters of all income levels, and did particularly well with voters making over $50,000.

Receiving less attention are the vast majority of people of color who cast votes for Hillary Clinton, third party candidates, or who didn’t vote at all. No national narrative has emerged about the need to understand working class people of color. No calls to truly understand the economic anxiety of people living in urban and metro regions. And certainly no labeling of racially diverse places as “real America”—even in the face of our country’s changing demographics.

With Trump’s win, we can expect proposed cuts to critical programs helping low-income people of all backgrounds, and Obama’s groundbreaking place-based initiatives—Choice Neighborhoods, Promise Neighborhoods, and Promise Zones—will be threatened. As the national dialogue continues to overlook communities of color and the issues they care about, it is more important than ever for local leaders to not only listen to and publicly acknowledge the concerns of these communities, but work with them for true change.

Communities of Color and Economic Anxiety

Despite the fact that white working class economic anxiety has been the central theme to analyze the 2016 election, communities of color face extreme economic challenges. Rising inequality disproportionately affects workers of color, who are concentrated in low-wage jobs, and racial wage gaps remain among workers with similar education levels. Further, communities of color are more likely to live in disinvested communities with low social mobility.

As Paul Jargowsky, professor of Public Policy at Rutgers University, explained, “We are witnessing a nationwide return of concentrated poverty that is racial in nature, and [the] expansion and continued existence of high-poverty ghettos and barrios is no accident.”

From redlining to the expansion of the highway system, federal leaders spent decades investing in the strength of white, suburban communities, while allowing local leaders and institutions to exclude and destroy communities of color. Today, concentrated poverty is at an all-time high, with more than one in four of black low-income earners and nearly one in six Hispanic low-income earners living in high poverty neighborhoods, compared to one in thirteen white low-income earners. Such neighborhoods are characterized by inferior housing, poor health outcomes, failing schools, inadequate public infrastructure, and few employment opportunities.

The harsh reality of rising inequality and persistent structural racism means that national prosperity depends on improving the challenges communities of color face. By 2044, the majority of Americans will be people of color. While the country’s growing, diverse population is a social and economic asset, persistent racial gaps in health, wealth, income, employment, education, and opportunity will inhibit low-income earners and people of color from reaching their full economic potential, costing the country as a whole. Embracing the nation’s changing demographics and making investments in the next generation will allow our nation to achieve and sustain growth.

“Progress Moves at the Speed of Trust”

Despite the U.S.’s long history of discriminatory policies toward people of color, these groups tend to have higher trust in the federal government than white Americans. This isn’t surprising, as major civil rights gains—from voting rights to same-sex marriage—have happened at the federal level in the face of opposition from many states. Therefore, it is critical to consider what President-elect Trump’s campaign, which relied on divisive rhetoric and discriminatory policy ideas, may mean to the trust people of color have in government at this time. The expectations of local leaders to govern and provide guidance in the absence of federal support will be higher than ever.

The current conversation is ignoring communities of color at the precise moment that local action matters more than ever. In order for local leaders inside and outside of government to rise to the occasion, they must earn the trust of communities of color by truly listening to what their concerns are and working with them rather than on their behalf. This means moving beyond outdated forms of community engagement where residents are asked to support a vision developed without them, and recognizing that the solutions to our most pressing problems lie in the experiences of communities of color. Residents of disinvested neighborhoods hold historical knowledge, wisdom, and insights needed to create and implement solutions that work. As Melody Barnes and Paul Schmitz with Results for America explained, true community engagement “is about cultivating leaders, identifying their interests, and enabling them to lead change.” And when invested in, residents of disinvested communities are uniquely positioned to mobilize fellow residents to advocate for solutions.

At a time when people-led racial justice movements, from Black Lives Matter to Standing Rock, are mobilizing people to act, local leaders must understand that the very groups that have been left behind are critical in helping create a new economy that is equitable, sustainable, and prosperous. As the media and national figures continue to tell a story that overlooks how the concerns of people of color may have impacted the election, local leaders must be working to ensure workers of color are empowered to tell their own story. 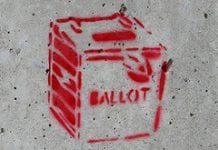