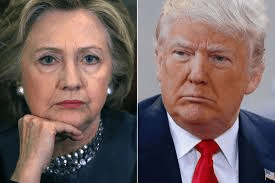 I’m not the only one, I suspect, who’s been struck by how little, if at all, cities have figured into the 2016 presidential election up to now. To get a sense of whether this impression is accurate, I spent some time looking at the two party platforms, and the two candidate’s websites. It’s true. They don’t figure.

But the different ways in which they don’t seem to matter much to either party sheds an interesting light on the candidates and the parties they do or do not lead. Yes, we all know that platforms are rhetoric, but rhetoric matters—the specifics may be disregarded by whomever wins the election, but the rhetoric sets the tone. Predictably enough, the Republican platform is a 54-page angry, frustrated rant directed at President Obama, democrats, bureaucrats, big government, anything anyone on the right doesn’t like. It talks far more about rolling back than moving forward. The only reference to cities that I found in the entire document was a thinly veiled call to roll back D.C. home rule, calling on Congress to “assert, by whatever means necessary, its constitutional prerogatives regarding the District” (page 30), although one might add the platform’s denunciation of Obama’s “exclusively urban vision of dense housing and government transit […] meant to “coerce people out of their cars.” Had I but known.

A passing reference to “ensuring safe neighborhoods” turns out to have nothing to do with neighborhoods but with freeing local law enforcement from (real or imaginary) federal constraints and ending the “Attorney General’s present campaign of harassment against police forces around the country” (page 39).

While cities or metros are never mentioned, some of the planks would affect them: ending federal funds for mass transit (page 5), guaranteeing financial compensation to property owners affected by environmental regulations (page 15), and preserving local zoning and rolling back the federal Affirmatively Furthering Fair Housing regulations (page 4).

Equally predictably, the Trump website is as close to being issue-free as one can imagine. Indeed, when one clicks on “Issues,” the first thing that comes up is a video with the headline, “Former Students Speak Out In Support of Trump University.” This is an issue affecting our country?

The rest of the “Issues” section is a series of videos of Trump tirades on subjects such as “What I Would Do on My First Day in Office” and “I Will End Common Core. It’s a Disaster.” Perhaps, in this setting, it’s just as well that Trump isn’t talking about cities. Lord only knows what he’d come up with.

Given the Republican base and the bizarre predilections of its presidential candidate, one should not expect it to be any different. But, sadly, the Democrats, while radically different, are not that much better.

Hillary’s website (interestingly, on her website she is “Hillary,” while on Trump’s website he is “Trump” or “Mr. Trump,” and never “Donald”) is far heavier on substance. She has detailed positions on 37—yes 37—separate issues from ending Alzheimer’s disease to addressing climate change. That’s a lot of issues, yet the only one that has anything to do with the places where Americans live is about “rural communities.” Nothing about cities, metros, regions, land use, housing. Nothing.

What about the Democratic platform? It’s a far less polished document than the Republican one and runs to 55 pages. It has something for everybody. If there is a worthy cause that it does not support, or a need that is not promised more funding, I couldn’t think of either. Cities come in for their share, with a section called “Building Strong Cities and Metro Areas.” Admittedly, it’s only three short paragraphs out of the 55 pages, but they had a lot of ground to cover. In those three paragraphs, the Democrats promise to expand funding for roads and bridges, public transit, drinking and wastewater systems, broadband and schools; revitalize communities by building on the Neighborhood Stabilization Program and the Hardest Hit Fund; expand Community Development Block Grant funds, provide more housing support to high-poverty communities; build more affordable rental housing units; train entrepreneurs and small business owners in underserved communities; and expand federal funding for the New Markets Tax Credit, community development financial institutions, and the State Small Business Credit Initiative (page 21).

Does any sentient adult still believe in Santa Claus? It hardly takes much insight to realize that there is no possible way that these promises can be carried out, particularly when one bears in mind that the rest of the platform offers equally generous promises to every other area of need or concern that has anyone speaking on its behalf.

Although I would like to see money for the cities—as well as for job training, infrastructure, clean energy, and so forth—as much as the next person, I can’t help but feel like there’s something a bit cynical about making so many promises that can’t be kept, even in so disposable a document as a campaign platform. But there’s a larger issue that troubles me. Where is the vision? The Republicans have a vision. To my mind, it is a terrifying one, one in which the federal government hands the people of the United States over to the tender mercies of the most cutthroat features of the capitalist system and the most retrograde elements of state and local government, while thwarting the hopes of immigrants, people of color, LGBTQ, and lower-income communities.

But while the Democratic Party is to be commended for offering a forthright vision of a federal government that supports all people’s rights and addresses economic inequality, do they have a vision for the places where people live? Sadly, I don’t think they do. Neither the platform nor Hillary’s website suggest that either she or the Democratic party have any ideas about place, about how our neighborhoods, cities, and metros could become better, healthier and more inclusive communities, or how a creative, progressive federal government could help them get there. Assuming she is elected in November, one can only hope that coming up with such ideas is on her agenda.