At a regional forum on inequality earlier this month, the mayor of Albany, New York, Kathy Sheehan, made some remarks that jumpstarted some regional discussion about regional equity, commuter taxes, and the like.

As reported by Jimmy Vielkind at Capital New York, Sheehan argued that “the funding mechanism for cities—property taxes—was set up at a time when cities were regional centers of wealth and industry. Times have changed, she said, and so should financial structures.”

As an Albany resident, and as a regional equity advocate, this makes me very happy. In 2007 I wrote a column for the Albany weekly Metroland called “The Unapologetic City,” in which I argued that our municipal neighbors were getting a ton of benefits from the city without paying for them, but it seemed like a pipe dream then to be hearing others talking about what to do about it in earnest.

Answers aren’t easy, but they do exist. PILOTs are a very good idea. It is hard to swallow that some very large, not exactly cash-strapped institutions that are technically nonprofits don’t have to contribute anything regularly to the city that gives them so much they need to survive.

Land value taxation is a good way to change property taxation within the city to put the incentives in the right places—when taxes are on the land’s value, speculators sitting on abandoned, decrepit property are spurred to develop or sell, rather than let their property go to rot and ruin (and pay less taxes as their assessments go down). Properties that change in value because of public investment or activity nearby don’t get to reap that entire windfall (or suffer all of that burden) for themselves, but see it reflected in their taxes. On the other hand, you can improve your house all you want without being socked with an increased assessment. (Any property tax scheme should have a “circuit-breaker” provision for low-income households on fixed incomes.)

Income taxes are of course more progressive than property taxes. Unfortunately, commuter taxes are politically difficult to achieve. For us it would require the approval of the state legislature, which is not a promising start. I never say never, and wouldn’t oppose them in theory; it’s true that commuters put a strain on city transportation and public safety infrastructure (one that is decidedly not made up for by sales taxes they pay—which are county-wide anyway, not city specific). Nonetheless, philosophically, a commuter tax seems too limited to me to describe the situation. Here’s why:

Regional residents and business owners who neither live in nor work in Albany proper (and the same goes for those living around the other cities of our region, and other older rust-belt cities) should all be sharing the burden of those tax-exempt properties. Their municipalities are not giving up 59 percent of their land to provide the whole region with hospitals, a recession-dampening base of stable jobs (ok this part might be more specific to state capitals), a highly educated workforce, and large cultural institutions.

Nor, as Albany South End activist Dan Van Riper has long pointed out, are they ponying up the cash to treat their own heroin addicts or shelter their own homeless, preferring to essentially give them a one-way bus ticket to the neighborhoods housing some of Albany’s hardest working, actually non-profit tax-exempt properties.

They are certainly not pulling their fair share in housing or educating the children of their own low-wage workforces, without whom their economies would crumble.

With this in mind, along with pursuing PILOTs and continuing to turn to the state to more properly compensate its host, how about we look to the Twin Cities and their regional tax base sharing program? Known as the “fiscal disparity” program, it pools 40 percent of commercial tax revenue across a seven-county area and redistributes it based on need and population. Along with strengthening the region as a whole and making a bit of a nod toward the services that the poorer areas are performing for the wealthier ones, it has the added benefit of reducing incentives to poach businesses from neighboring towns.

According to “Regional Planning for a Sustainable America,” “the program reduces overall property tax base inequality in the region by about 20 percent (as measured by the Gini coefficient). It reduces the ratio of the highest to lowest tax base per household from 25 to 8.”

It has also now been around long enough that we can learn from its weaknesses. (Some say it needs some tweaking of the definitions, perhaps including some measures of cost/need as well as tax base and population to ensure a fairer outcome.)

It’s a proven program. It doesn’t require annexation and violating home rule. It doesn’t require singling out commuters so it wouldn’t discourage businesses from locating in Albany. Does it require Minnesota Nice to get it passed? Well, we’d have to find that out. But nothing ventured, nothing gained.

A version of this article first appeared in Metroland, Albany’s newsweekly. 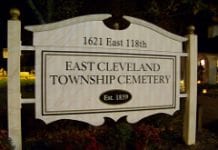 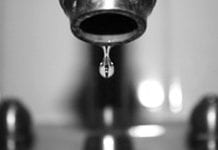 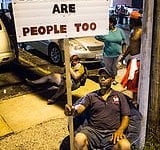