I wrote earlier this week about how the current increase in labor organizing among service workers calls for a conscious choice by other nonprofits who work with low-income households to offer our solidarity to those campaigns.

Beyond the fact of supporting workers in their struggle for self-determination, there are some other opportunities for cross-pollination there.

I got to speak with Andrea Levere, president of CFED, which runs the truly impressive Assets Learning Conferences, a couple weeks ago about the potential for partnerships between the asset-building field and the labor movement.

“One of the great assets that labor unions have with their members is that they have jobs,” said Levere. And when you are working on building access to financial services, for example, “you start with someone with a job. You [then] have the ability to get them banked, and do all sorts of things.” There is a whole set of collaborative strategies that can lead from there, she says.
Levere spoke of working with one large union to set up savings accounts for people preparing for the costs of applying for citizenship, in anticipation of immigration reform. They had been planning to offer financing for those costs, but CFED convinced them to consider savings vehicles, not just debt.

Levere also noted that 50 percent of American workers have no retirement and no offerings of retirement plans through their jobs. She said they are working with the Treasury Dept, which is creating a very simple product, based in savings bonds, that could help low-wage workers to get a start on retirement. Presumably this is something unions representing low-wage workers could advocate for.

“CFED's role is to focus on wealth, not just income,” says Levere. “Our goal is to turn the safey net into the ladder. . . . What’s happened to wages (a large part of which is tied to the waning power of unions), we understand how critical that is, but it’s not getting us where we need to go.”

Luckily, I think unions are already well on board with economic justice not just being about wages.

Many of the things unions work for make them natural allies to asset-building work—fights over scheduling and part-time and temporary work relate directly to stability and predictability of income which Assets Learning Conference attendees learned can be a major a factor in financial stability, independent of amount of income, for example.

Good benefits and leave policies and workplace safety shield workers from many of the kinds of financial shocks that can set back financial stability and asset building. Unions also frequently provide access to a range of financial produces for their members, from retirement savings to group discount purchases on insurance to credit union membership.

Clearly unions could therefore benefit from tapping into growing wisdom in the asset-building field about the ways in which economic stability and instability works and the importance of building long-term assets, and the kinds of products and services the field has been developing.

And the asset-building field would benefit enormously from an increase in the number of workers who have the basic protections and income floor provided by union jobs, who are connected to something like a union that can be a trusted avenue for providing good financial services. 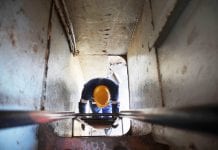