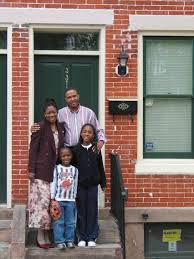 At a conference I attended last week, one of the speakers, a colleague whose judgment and knowledge I respect, offered his take on the future of urban single family neighborhoods. The lower income families who have the credit and can get together the down payment to become homeowners are buying in the suburbs. People working in urban neighborhoods, he said (more or less in these words), are going to have to “get over homeownership.” Putting aside his conclusion for a moment, the underlying facts tend to bear him out.

While homeownership has declined all over the country since the end of the housing bubble, it has dropped much faster in urban areas, not only distressed Rustbelt cities, but Sunbelt cities as well. Let’s look at a few numbers.
From 2007 to 2013, the number of homeowners in cities as varied as Phoenix, Chicago and Detroit has fallen by 10 percent or more (Figure 1 below). Within these cities, large areas have seen drops of more than 20 percent.

Over half of this shift has come in the single family stock, where the absentee-owner share has gone from 31 percent in 2007 to 35 percent today. In Philadelphia, 40 percent of all single family homes are absentee-owned; in Detroit, it’s 55 percent. This appears to be a continuing trend. In Trenton, New Jersey, one of the few cities where good data on who is buying is available, the number of homeowners citywide dropped by 18 percent from 2000 to 2010. But four out of five of the people buying single family homes in 2013 were investors, and only one out of five were prospective owner-occupants. In Buffalo, most census tracts lost over 10 percent of their homeowners from 2000 to 2010, and in about half the city, the loss was 20 percent or more. The city’s inner-ring suburbs also lost homeowners, but relatively few, while the outer suburbs continue to gain (Figure 2). This is a pretty typical pattern.

But enough numbers. The trend is real. The real questions are first, is this a problem; and second, if so, can we fix it? And so the central question posed by my colleague then follows, can we fix it without reversing the trend toward ever-greater shares of rental housing in single family neighborhoods? To the first question, I’d say yes, it is a problem, on multiple levels.

First, the shift from owner-occupancy to rental in a neighborhood is paralleled by a sharp loss in neighborhood income and wealth; in some Detroit neighborhoods I’ve looked at which lost a lot of homeowners from 2000 to 2010, the poverty rate went up during the same period from under 10 percent to over 30 percent.

Second, particularly where house prices are very low relative to rents, which is true in large parts of many of America’s older cities, a lot of the investors who are buying these houses have no intention of holding onto them and maintaining them properly. Instead, they plan to milk them for a few years without putting any money into them, and then move on, leaving a trail of dilapidated properties and destabilized neighborhoods.

Finally, and the evidence is pretty compelling, homeownership itself matters. People have been studying the effects of homeownership on everything from home prices to juvenile delinquency for many decades, and by now the number of studies is probably well over a hundred. While any single study can be legitimately challenged, the sheer accumulation of evidence points strongly in the same direction– that homeownership, even when controlling for social and economic differences like income or household type, matters in a lot of ways that affects the health and vitality of neighborhoods. I won’t go into detail about the research, but taken as a whole, it suggests that higher levels of homeownership are strongly associated with higher property values, better maintenance and greater investment in properties, greater residential stability, more positive child outcomes and greater social capital, including greater involvement in neighborhood activities, and greater readiness to become involved in tackling the neighborhood’s problems, such as crime or disorder.

Added up, the research makes a compelling case for the importance of homeownership not only for the individual, but for the neighborhood. A lot of this has to do with stability, or length of stay. The average homeowner in most cities lives in the same house for 15 or more years, the average renter, less than 3 years. This factor alone has a huge impact, independent of whether the family actually holds the title to the house they live in. If there were a way to dramatically increase the length of rental stays, that would almost certainly help not only renters and their families, but their neighborhoods. While it is important to try to figure out ways to do that, given the reality that the great majority of urban renters will depend on the unsubsidized private market for the foreseeable future, any major change seems highly unlikely. This does not mean that everybody has to be, or even should be, a homeowner. For lots of people, homeownership doesn’t make sense, either for economic reasons, or for where they are in their personal trajectory; other people simply may not want to own a home. What it does suggest, though, is that having a healthy level of homeownership is pretty important for neighborhood vitality.

Clearly, we should not be in the business of writing neighborhoods off, whatever may be happening in terms of resident tenure, economic, or demographic change. And the related point my colleague was making, which was that cities, CDCs and others need to focus on all the people in the neighborhood whether renters or owners, is a critically important point which many of us sometimes lose sight of. In the end, if we “get over” homeownership, it is at our peril.