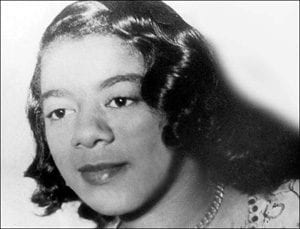 In June, Alexander Polikoff, lead counsel in the decades-long Gautreaux Chicago Public Housing desegregation litigation, spoke to HUD staff on the FHEO Speaker Series.  Here is an excerpt of his speech that focuses on the specific stumbling blocks getting in the way of vouchers fulfilling their promise of mobility:

The first of the two programmatic reasons we haven’t used vouchers to get children out of harm’s way has been the inertia of adhering to the familiar way of doing voucher business. Every voucher administrator should be required to read, Segregating Shelter: How Housing Policies Shape the Residential Locations of Low Income Minority Families, by Stefanie Deluca, Peter Rosenblatt and Philip Garboden. Segregating Shelter makes clear how cruelly ironic for those families is the middle word in the designation “housing choice vouchers.” It explains, plain and simple, why it is that under typical voucher rules so few minority families acquire housing in middle class neighborhoods and so many wind up in high poverty, segregated ones.

The explanation is not rocket science.  Instead of being user-friendly, portability is a Rube Goldberg construct that is all but impossible for many families to navigate.  Moreover it burdens PHAs with additional work and expense while providing them no offsetting benefits.

Instead of providing incentives to PHAs to foster mobility, HUD’s SEMAP assessment policy rewards quick lease-up over good location and rates as high performers PHAs who earn not a single point for helping families move to low poverty, non-segregated neighborhoods.  Instead of FMRs [fair market rents] that facilitate mobility, HUD uses a metro-wide FMR arrangement that makes it more difficult. HUD tolerates search time limits that often lead families to take the first unit they can find, and landlord lists that are heavily weighted with properties in high poverty, segregated neighborhoods.

And so on.  One cannot but conclude that HUD is content with a system that not only provides minimal support for families who desire to relocate to non-poor, non-segregated neighborhoods, but one that actually frustrates that desire.

The second programmatic reason we haven’t used vouchers to get children out of harm’s way is that HUD fails to require PHAs to provide effective mobility counseling, post- as well as pre-move:

As Segregating Shelter says, the absence of effective housing search assistance virtually ensures that many families will not seek out housing in middle class neighborhoods. And studies by Margery Turner of the Urban Institute and others concluding that longer stays in low poverty neighborhoods are associated with significant gains in employment, income, and school success make it clear that staying out of severely distressed neighborhoods is almost as important as moving out. For many families, staying will only be achieved with effective post-move support. The Thompson [Special Housing Choice Voucher mobility] program [in Baltimore], which is enabling families not only to move from central city Baltimore to surrounding counties but to stay there, is demonstrating what good mobility counseling can accomplish.

The voucher program has reinforced, not broken, patterns of segregation, [and] none of the explanations amount to justifications.  If we have a way to get children out of harm’s way . . . is it not a moral imperative to do what must be done to restructure the voucher program?

There are of course many families who, for understandable reasons, can’t or won’t take advantage of a mobility opportunity. But for the non-negligible number who   do desire to get their children into safer neighborhoods and better schools there is, I submit, an unanswerable moral case for making that realistically possible.

Can it be done?  Of course it can. Rewrite the handbook! The Thompson program in Baltimore is seeking to enlist the Baltimore housing authority in a plan to offer targeted vouchers and mobility counseling to all families with children under age 8 living in high poverty neighborhoods in Baltimore. Why should HUD not set aside, say, half of its vouchers nationally for what I will call a Thompson-style initiative? Target them for use in true opportunity areas? Prioritize them for families with young children living in the concentrated poverty census tracts of urban America? Provide participants with comprehensive support, post- as well as pre-move? Streamline—that is, regionalize—administration. Realistically enable those parents who wish to do so to spirit their children out of harm’s way? Why should at least half of our vouchers—these scarce societal resources—not be set aside for use in this life-saving way?

And even with the other half, why should HUD not proscribe their use in, say, census tracts with poverty rates of 40 percent or more? How can HUD justify using precious housing subsidy dollars to place children directly in harm’s way? What about the ancient maxim, first, do no harm?

Years ago Brent Staples, devoting one of his New York Times columns to what he called “butchery” in our ghettos, asked us to remember how Britons shipped their children out of London during the blitz.  “What American cities need,” Staples wrote, “are evacuation plans to spirit at least some black boys out of harm’s way before it’s too late.”

So I put it to you that, given what we now know, there is no excuse for not making it happen. HUD can and should make it happen. Otherwise, in the language of James Baldwin, HUD will continue to be complicit in the ongoing destruction of hundreds of thousands of lives. That, I believe, can fairly be called a moral imperative.

(Photo of Dorothy Gatreaux, from BPI.)