Youngstown is a small city in the hills of northeast Ohio, once famous for steelmaking; and sadly, if famous for anything today, for economic distress and population loss.

From a peak population of about 175,000, it’s down today to maybe 65,000. In any event, last week I was in Youngstown talking about revitalization, and it made me think about what it would take to rebuild a city like Youngstown. And along with that, a question: what does the future hold for a city like Youngstown, which has few impressive assets, and can’t piggyback its revival on its proximity to a thriving big city, or its being in a strong, growing region?

When one looks at the small—say, with populations under 120,000—older industrial cities, the smaller counterparts of a Pittsburgh or a Baltimore, one doesn’t see too many success stories. And the ones that come to mind tend to be ‘piggyback’ stories, like Lowell, Mass., which has benefited from being in the Boston area and the fact that you can get to Boston North Station by train in 45 minutes. Another one is Lancaster, Pennsylvania, which took advantage of the fact that it was in the middle of Lancaster County AKA Amish Country, with (according to the county web site) over 8 million visitors per year.

I don’t want to suggest it was all about luck. Both cities had dedicated leaders willing to work hard to carry out well-thought-out strategies, but they had some pretty powerful assets to work with. And in both cities, the revival, while real, is partial, and has yet to benefit many of the city’s residents.

The Youngstown story too, is not all doom and gloom. The city has been fairly effective in attracting industry, including a new state-of-the-art steel mill making steel pipe for the shale gas industry. There are a few signs of life in downtown Youngstown, including a wine bar, a hip-looking coffee place that roasts its own beans and makes a better-than-average latte, and some buildings that have been rehabbed into apartments mainly marketed to students at nearby Youngstown State.

A creative and energetic CDC, the Youngstown Neighborhood Development Corporation (YNDC), has made gains in some of the city’s at-risk neighborhoods, and has recently been hired by the city to prepare Youngstown’s new master plan. This is good, but it’s not much. The city lost 15,000 people between 2000 and 2010, and is still losing people. Although the city has demolished around 4,000 houses over the past decade—or more than 10 percent of its inventory—nearly one-third of the ones that are left are empty. The median sales price for houses in the city was $20,000 in 2012, and taxes haven’t been paid on 30 percent of the properties in the city for two or more years. When Youngstown people get jobs in the steel mill—which only employs 350 people—or the other factories or warehouses that the city has attracted, most of them move to the nearby suburbs. Four out of five jobs in the city are filled by people who commute from out of town, and of the people who still live in the city, one-third are below the poverty level.

Piggybacking isn’t an option for Youngstown. It’s in a county that has been losing population and jobs countywide for the past decade or more—and hasn’t grown significantly since the 1960s. The nearest major cities, Pittsburgh and Cleveland, are both not only too far to be much use, but neither is like Boston or New York, dynamic enough to spin off economic activity beyond its borders. So, what’s a city to do?

Youngstown isn’t going to disappear. It’s not clear that everyone involved with the city fully understands that. Because what it means is not only that it’ll be around for a long time, but that ultimately, Youngstown’s future will depend on how attractive it is as a place for people to live. Downtown latte places and industrial parks are better than nothing, but as long as most people with a choice in the matter flee the city, the city will not begin to thrive again.

The other part is that the rest of Mahoning County, and the entire region, have to realize not only that Youngstown isn’t going away, but that their decline and that of the city are totally intertwined—and that the region isn’t going to revive until or unless Youngstown does. (The same goes for Warren, Youngstown’s ‘twin city’ in Trumbull County to the north, which isn’t in much better shape.) Without a strong, vital center in Youngstown, Mahoning County doesn’t have much going for it. It’s broken up into 6 cities, 7 villages and 14 townships, most of which have little real identity except that they’re ‘not Youngstown.’ A number are starting to see deterioration taking place, and one has even reached out to YNDC for its help.

Without a vital urban center, a region like the Mahoning Valley has little to distinguish itself in the increasingly competitive national and global economy. If there is a place in the United States where people need to start thinking regionally, and recognize that the entire county has a stake in their central city’s future, it’s this stretch of northeast Ohio. This needs to go beyond thinking about regional economic development strategies to encompass regional growth and investment strategies that focus on building a strong center, along with sharing available public resources—which will always be far less than what is needed—in an equitable and efficient fashion.

This is a huge reach for any region, let alone one as fragmented and distrustful as the Mahoning Valley, which has spent decades fighting over crumbs. Even if they get there, though, there’s no guarantee it will succeed. But one can be pretty sure that without the region pulling together, it won’t. 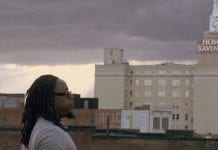 Fighting for Their Hometown in The Place That Makes Us