“In a sense we’ve come to our nation’s capital to cash a check. When the architects of our Republic wrote the magnificent words of the Constitution and the Declaration of Independence, they were signing a promissory note to which every American was to fall heir.”
– “March on Washington,” Dr. Martin Luther King, Jr. August 28, 1963

I had forgotten this promissory note opening of Dr. King’s speech, until I caught being it replayed on its 50th anniversary. I had just come home from my vacation, during which I spent mornings reading Joseph Stiglitz’s The Price of Inequality: How Today’s Divided Society Endangers Our Future and evenings reading a mystery novel. Given the current threats to our country’s future, I’m not sure which one was the true thriller. It seems to me that many members of Congress have also forgotten this call to action by Dr. King. 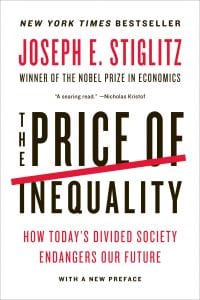 Stiglitz, a Nobel-prize–winning economist, offers remedies to restore our economic health as our communities continue to struggle with the lack of jobs and with foreclosed homes. This is our cancer, he says: “Unemployment—the inability of the market to generate jobs for so many citizens—is the worst failure of the market, the greatest source of inefficiency, and a major cause of inequality.”

Stiglitz calls government policy a malpractice for failing to treat the cancer. For those of us who have spent our careers tracking our nation’s lack of community investment, it comes as no surprise that Stiglitz specifically faults the bank bailouts: “Never in the history of the planet had so many given so much to so few who were so rich without asking anything in return.”

This has inflamed inequality. “The bankers got their money without conditions,” Stiglitz writes. “The money was supposed to recapitalize the banks, and recapitalizing the banks was supposed to lead to more lending.” Our communities are still waiting for that lending.

Stiglitz uses the term “rent seeking” to describe the heart of the problem. He defines this as “getting income, not as a reward for creating wealth, but by grabbing a larger share of the wealth that would otherwise have been produced without their effort.”

The form of rent seeking he finds “most egregious—and that has been most perfected in recent years—has been the ability of those in the financial sector to take advantage of the poor and uninformed, as they made enormous amounts of money by preying upon these groups with predatory lending and abusive credit card practices.”

In a chapter titled, “A Macroeconomic Policy and a Central Bank by and for the 1 Percent,” Stiglitz reminds us that the Federal Reserve has a dual mandate, not only protect us from inflation, but also from high unemployment. He emphasizes, “We cannot have a monetary system that is run by people whose thinking is captured by the bankers and that is effectively run for the benefit of those at the top.”

He blames this deference to the banks for being at the “center of the Federal Reserve’s, and other central banks’, greatest contribution to inequality: Their failure to impose adequate regulation and to adequately enforce regulations that existed.”

I have had the opportunities over my 40 years of community development work to be in meetings with Federal Reserve governors going back to when Paul Volcker was chairman. Over those decades, the Federal Reserve has come up wanting. As Stiglitz passionately argues, “We can and should regulate banks, forbid predatory lending, make them accountable for their fraudulent practices, and punish them for abuses of monopoly power.”

Now we must trust Janet Yellen to address inequality as she steers us through the challenging times ahead and strives for full employment. Given the chaos in Congress, I’m more optimistic about Yellen’s leadership than I am about Congress passing legislation to restore our economic health.

In his closing chapter, Stiglitz offers six further reforms beyond Dodd-Frank for curbing the financial sector, and several suggestions for tax reform, noting a “fair tax system would tax speculators at least the same rate as those who work for their income.” He suggests raising taxes on corporations that don’t invest, and lowering taxes on those that do and on those that create jobs.

We may embrace the author’s call for “another vision… where the words ‘liberty and justice for all’ actually mean what they seem to mean…not just the rights of property but the economic rights of ordinary citizens.”

Yet, it is hard to escape the immediate reality as Stiglitz admonishes us, “In short, we have created an economic and social system, and a politics, in which going forward, current inequalities are not only likely to be perpetuated but to be exacerbated: We can anticipate in the future more inequality both in human capital and in financial capital.”

As I wrote this review, I ran across a 2012 interview with former Secretary of Labor Robert Reich on PBS NewsHour regarding Reich’s documentary, Inequality for All. Reich concludes the interview by reflecting: “Well, if you give up on politics, you’re giving up on democracy. And if you give up on democracy, you’re basically saying to the moneyed interests, the powerful people and institutions of society, take it all. That’s a self-fulfilling prophecy. Then we give up.”

This reminds me what my mentor, Gale Cincotta, the mother of the Community Reinvestment Act, always said: “The next move is ours.”

Inequality is not only morally wrong, it’s too high a price to pay. Thanks to Joseph Stiglitz for reminding us that Dr. King’s promissory note is still waiting to be cashed.

‘Gentrification’ Is Not the Real Problem 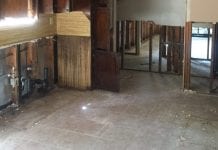