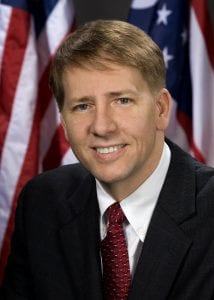 The U.S. Senate Committee on Banking voted on March 19 along party lines (12 Democrats and ten Republicans) to advance Richard Cordray’s bid to serve a full term as director of the Consumer Financial Protection Bureau (CFPB).  Since Cordray accepted the role of CFPB director through a recess appointment, he has championed consumer rights in the fight against predatory lending practices and has brought accountability to financial markets.  This rigid party vote signals a thinly veiled intent to frustrate the CFPB’s consumer-focused mission and threatens to silence the one true consumer voice at federal decision-making tables—such deviousness needs to stop.

Under Cordray’s direction, the CFPB has prioritized consumers, advanced new protections and disclosures for remittances, and issued new mortgage rules that will keep homeownership opportunities open to Hispanic families.  These accomplishments have not gone unnoticed by Latino voters throughout the nation.  During the elections, the economy and a stabilized market were central concerns among Latinos.  Our families have firsthand knowledge, and data to back it up, that without a powerful advocate working on our behalf, unscrupulous practices endure in our neighborhoods.  Time and again, Hispanics are disproportionately impacted by predatory lenders.  The CFPB often serves as the only entity fighting for middle-class and modest-income households.

Our congressional members send the wrong message with this bitter fight to cripple the CFPB.  What are they afraid of?

Perhaps the prospect that consumers will no longer be absent when deciding their financial fate?  Or that they’ll finally have someone on their side?  We know what happens when dubious players go unchecked in the housing and finance markets—everyone loses.

Despite opponents’ unfounded claims, the CFPB is far from operating in a vacuum and does not have sweeping, unbridled powers.  As Sen. Elizabeth Warren (D–Mass.) said, “What I want to know is why there are agencies all over Washington whose rules are final, subject to ordinary reviews and oversight, while the CFPB is the only agency in government subject to a veto by other agencies.  But unlike the CFPB, no one in the U.S. Senate holds up confirmation of their directors, demanding that those agencies be redesigned.”

The CFPB has a track record of methodically considering sundry angles of a problem with evenhanded solutions.  Similar to all consumers and honest lenders, the CFPB wants a healthy market.  This is a main pillar in its objective to serve both consumers and the market.  After the devastating housing crisis, the CFPB’s common sense approach is the last thing we have to fear.

Without full Senate confirmation, Cordray’s term expires at the end of the year.  The 43 senators who pledged to block Cordray are setting back consumer rights—their actions fly in the face of lessons learned from the crisis.  Their attempts to diminish the strength of the only bureau devoted to consumer rights will fail them and will cause unnecessary harm to our families.  Their actions will only serve up more of the same—a chilling thought in more ways than one.