When we wrote last year about the fights to preserve voting rights and voter turnout against mounting attacks leading up to the presidential election, I think even in our darkest moments we weren't thinking that the truimphant beating back of voter ID laws and successful voter turnout of the election would be followed by an attempt by the Supreme Court to eviscerate the Voting Rights Act.

Sometimes while you're watching a horror show unfold nationally, it's important to step back and remind yourself of the good work being done on the ground. So, especially given the statistics on why tenants vote less, it made me incredibly heartened to learn that here in New York state's capital region, the Capital District Real Property Owners Association has an initiative called “Tenants Count,” in which they work to get all of their tenants registered and out to vote.

I can practically hear someone saying in a “wouldn't that be nice, but dream on” kind of way “Wouldn't it be great if landlords registered their tenants?” I think I may have said it at some point last fall. Well, CDARPO is doing it.

From the cover letter they sent, accompanied by voter registration forms:

Many renters mistakenly believe that they do not have a stake or interest in the process. This is absolutely untrue. . . It is important to you and our country that you register and vote.  The Capital District Association of Rental Property Owners knows that Tenants Count too!

At the organization's annual meeting this January, its incoming president Terrance Wansley reported that they had registered hundreds of voters, and were aiming for thousands. They have created a version of their letter for use by non-member landlords as well, because, Wansley told me, this is more important than the collection of dues.

Aside from feeling the need to make the caveat that any such efforts need to steer far clear of landlords even seeming to imply to tell their tenants how to vote on any given issue (which I don't think CDARPO is doing), this seems to me like something that can and should be replicated all over the country, by public, nonprofit, and private landlords. 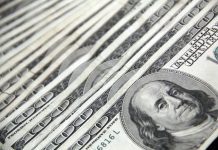