In April, when Ed DeMarco, the acting director of the FHFA, offered consummately ambiguous remarks during a Brookings Institute event, he spoke from a PowerPoint of figures charting whether or not principal reduction would be good for taxpayers, leaving attendees with just enough information to feel thoroughly confused.

Some media outlets noted that this was a signal that the FHFA—the agency standing between homeowners and their principal reductions for Fannie Mae and Freddie Mac loans—was likely to open the gates to loan forgiveness.  Other reporters stated that DeMarco’s comments were only more of the same and that FHFA is nowhere near a shift in policy.  Since then, the FHFA has promised to keep us guessing by indefinitely delaying their decision to grant principal writedowns.

Until we have the final verdict, we cannot let up on the drumbeat calling for principal reduction for our families.  Many big lenders are already offering principal reduction but until we hear otherwise, FHFA is standing in the way of Fannie and Freddie loans.  DeMarco’s opposition to writedowns, his recent and elusive statements, and his February proposal regarding the next phase of conservatorship of Fannie and Freddie were spun in defense of the taxpayer.  DeMarco uses notions of moral hazard to build anger and energy among “responsible” taxpayers who are doing the right thing.  What doesn’t quite add up, is that many millions of taxpayers are the very homeowners who would most benefit from keeping their home through principal writedown.  One element FHFA fails to factor in is the lasting plague created by exotic loans and the accountability of lenders who steered many families into loans even though they qualified for better terms.  Many millions of families are underwater because of overinflated house prices and explosive loan terms.  These factors were first in the dominos that launched us into the crisis.

Principal reduction is not our problem.  The dual credit market is the systemic hindrance; this is a market divide where factors other than one’s credit profile determine the type of credit made available to a borrower even if he or she qualifies for better terms.  Today’s mortgage market does not reach all segments of borrowers and geographic areas and unnecessarily exposes homebuyers to riskier and thus more expensive products than those for which they qualify.  During the recent housing boom and bust, Asian, Black, and Hispanic families were 1.7, 3, and 2.2 (respectively) times as likely as White borrowers to receive subprime loans even after accounting for similar credit profiles.  DeMarco’s strategic plan for the next iteration of Fannie and Freddie details no means to eliminate this phenomenon.

This nation is at a unique point.  The crisis has forced us into a state of self-reflection and we should capitalize on the chance to update our housing policy.  Disposing of the dual credit market should be a primary objective.  A group of civil rights and consumer protection organizations have committed themselves to this very cause and have detailed their expectations in a letter to DeMarco. The National Council of La Raza and its partner organizations are closely following the movement of Fannie Mae, Freddie Mac, FHFA, and DeMarco.  We know all too well that the housing crisis exposed weaknesses in the housing system which have long affected low-income families and communities of color.  These enduring challenges are nothing new for the constituency we serve.  We do, however, feel a sense of urgency and that now is the time to finally repair the fissures with truly effective housing reform. 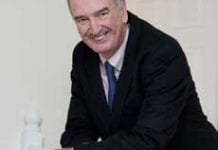 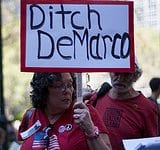 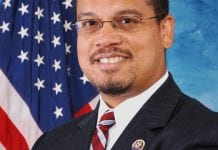