The National Low Income Housing Coalition gave out a number of  its annual awards this morning at its annual conference: Katy Reckdahl of the New Orleans Times-Picayune received the Media Award for herdetailed coverage of housing issues such as public housing, Section 8, homelessness, and the policies that affect them, with over 30 stories in 2011 alone.

for development and preservation of affordable housing and provide emergency resident and supportive housing services. The $15 million housing trust fund was four years in the making. Flooding and a booming oil industry have led to an affordable housing shortage in the state. “A shining example of how effective state organizing and advocacy can be.”

“It is crucial that residents be empowered to advocate for ourselves.”

The resident organizing award, a new award this year, went to  Mass Alliance of HUD Tenants for its work successfully encouraging Sen. Scott Brown, Republican of Massachusetts, and other members of the Massachusetts legislature to support full funding for HUD rental programs in the FY12 budget. “Partnering with groups across the state and country, they worked across party lines and they made a difference in the lives of residents like us,” said Leonard Williams in presenting the award. “As we were facing those cuts,  it was comforting to hear the voices of the MAHT groups.” 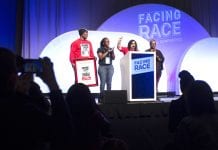 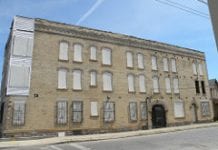 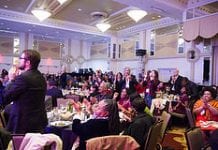