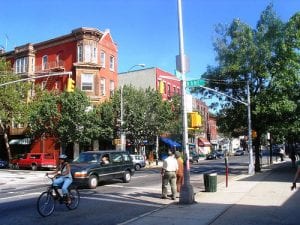 Last month, the U.S. Supreme Court decided to hear a little-known case with profound implications for our nation’s progress toward equal opportunity for all. At issue in the case, Magner v. Gallagher, is whether the Fair Housing Act prohibits the full range of discrimination in housing that many Americans still face in the 21st century.

The case comes out of St. Paul, Minnesota, where a group of landlords who rent affordable homes to racially diverse tenants say the city is driving them and their tenants out of town in favor of less affordable and less diverse owner-occupied housing. The Supreme Court took the case to decide, not whether these facts are true but, rather, assuming they are true, whether the city’s alleged conduct violates the Fair Housing Act absent proof that the city purposely intended to exclude people of color from its borders.

If the city prevails, fair housing enforcement would become dependent on proof of a defendant’s internal mental state, even where a discriminatory outcome was known and predictable, and where less discriminatory alternatives were readily available. That would be a setback for fairness and for the nation.

Imagine the challenge of proving what was on the mind of multiple elected, appointed, and other state workers when they pursued a particular discriminatory practice. More importantly, consider the purpose of the Fair Housing Act, which is “to provide, within constitutional limitations, for fair housing throughout the United States”; to “remove the walls of discrimination which enclose minority groups”; and to foster “truly integrated and balanced living patterns.” Fulfilling that goal means examining the result of a housing decision in practice, whether the decision was justified, and whether viable, less discriminatory alternatives exist. What the decisionmakers intended is relevant, but should not be determinative.

While the outcome of the case will be fought out in briefs, arguments, and deliberations at the high court, the dispute presents an important opportunity for all of us to tell the story of why fair housing matters in 21st-century America.

It’s a story about the shared values of equal opportunity and the American Dream that have powered our national progress and prosperity. It’s a story of why investing in communities that live, work, and play together across lines of difference strengthens our country and prepares us for an increasingly diverse nation and interconnected world.

It’s a story about the progress we’ve made over the last half-century — in no small part due to the Fair Housing Act and civil rights movement — and of the obstacles that remain. Those obstacles include predatory lenders that have targeted communities of color for risky, unsustainable loans, and burdened them with disproportionate foreclosures. They include covert and subconscious bias by real estate agents that favor home seekers named Jim and Laura over identically qualified home seekers named Jamal and Lakisha or Jose and Lourdes. And they include obstacles like those alleged in the Magner case: seemingly neutral practices like overly aggressive code enforcement or exclusionary zoning with the effect of excluding diverse communities and perpetuating segregation.

Whatever their intent, those practices are unfair and discriminatory in practice, and they should be set aside. They weaken our communities and economy, and they are contrary to our values.

Fortunately, our story also includes pragmatic solutions like uniform, common-sense code enforcement, inclusionary zoning, and fair housing enforcement attuned to 21st-century realities that can help us all move forward together.

As the Supreme Court considers this monumental question, we have a chance to educate all Americans about why fair housing matters and why our laws must confront modern challenges as well as traditional ones.