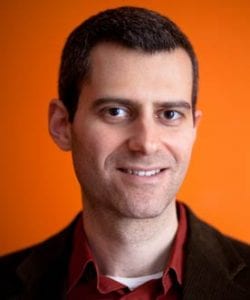 Community developers are in a dead-end relationship with the government. For three decades, the government has exploited us, giving less and demanding more. It pits us against each other, and ignores our pleas. Worse, most people say the government should dump us. But they don’t understand—we can’t afford to split. Fortunately, two new tricks could help fix this relationship.

Since Reagan took office, annual federal spending on community development has dropped from $19 billion to $15 billion. Meanwhile, governments have slashed social programs, downloading these responsibilities to nonprofits. They have asked community developers to do more with less.

This trend has no end, as we struggle through seemingly permanent budget crises. In response, each sector fights to protect its piece of the pie. Transit advocates protest transit cuts, housing advocates protest housing cuts, and school advocates protest school cuts. But organizing against cuts will not fix the problem. If the budget pie keeps shrinking, the slices will get smaller.

Public budgets are not destined to shrink—restoring taxes and defense spending to 2000 levels would eliminate most shortfalls. They are shrinking because the public is alienated from public spending. Voters believe 42 percent of federal spending is waste, and 60 percent say that purging waste, fraud, and abuse would balance our budget. Most Americans support cutting spending and programs in general, but oppose cutting any specific domestic programs, such as community development. Voters do not understand public spending, or its purpose. So they ask governments to spend less.

Second, we could give the public more say over public budgets. If people grapple with real budget trade-offs, they might appreciate government spending more, and redirect it to programs that benefit their communities. This is already happening in over 1,200 cities, through “participatory budgeting.” Chicago Alderman Joe Moore recently launched the first pilot process in the United States, letting residents allocate $1.3 million in discretionary money. In Brazil, participatory budgeting spread from 1 city to 200 in 15 years. If it takes off in the United States, it could reconnect the public with public spending.

Over the next 36 years, we should invite people to play — in serious ways — with public budgets and the programs they should fund. If we succeed, the government might finally show us some love.