As the recession continues and new members of Congress take their seats following the midterm election, it is clear our new lawmakers are taking the nation in the wrong direction. Given our daily life of working with the people who have lost their jobs and can’t find another, who are living in cars or sofa surfing, who have gone from donor to client at the local food bank, we know that the suffering is real. We know it is happening despite the best efforts of people who have done nothing wrong.

In the face of this reality of joblessness and homelessness, Congress has responded to the ongoing economic crisis with steep budget cuts. Even a Wall Street Journal/NBC poll conducted last week found that job creation and the economy are the top priorities for voters and not cutting budgets. Congress is fixated on pursuing deficit reduction—a move seen by only 40 percent of Americans as the top priority—at the expense of job growth.

“As a snapshot of public opinion, the poll highlights some of the perils ahead for Republicans, as their core voters and Tea Party supporters demand big reductions in federal spending to tame the deficit. More than seven in 10 Tea Party-backers feared GOP lawmakers would not go far enough in cutting spending. But at the same time, more than half of all Americans feared Republicans would go too far.”

This has created a troublesome dichotomy for House Republican leadership. Their right flank is out of sync with the all-important independent voters and moderate Republicans. They now run the risk of winning the battle of the budget: that is passing HR1: while losing the war. One staffer told us, “these new guys don’’t understand how the budget works; they are boxing leadership in and not letting them make a deal.”

The irony is that this tension creates an opportunity for advocates with programs that are on the chopping block. The message to elected officials from providers facing budget cuts right now is, and should be: “You call us when constituents come into your office, foreclosure notice in hand. Who is going to be there to help you do your job if these budget cuts go through and our agencies aren’t there to support you? That is going to hurt you.”

The vast majority of Americans are with us. Most Americans believe the government should help people in need. Budget cuts hurt those who are most vulnerable and who we, as a nation, should care for—seniors, children, people with disabilities, and veterans. When voters understand the impact of the budget cuts on vulnerable people, they oppose them. Local impact of the proposed cuts is a message that gets traction in the local media and emboldens supportive elected officials to stand up for popular programs.

Liz Hersh is the executive director of the Housing Alliance of Pennsylvania. 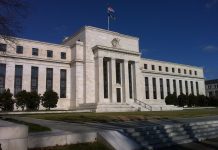 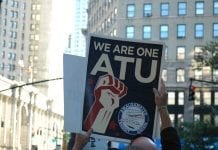