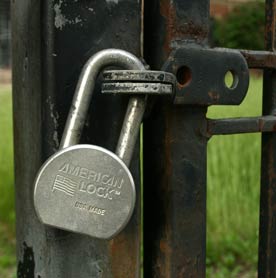 The administration’s Preservation, Enhancement, and Transformation of Rental Assistance initiative has caused some concern among housing advocates in its attempt to allow PHAs access to significant private investments. But there is also the acknowledgment that critics should walk a fine line amid worries that being overly critical of this reform effort will set off a firestorm of anti-public housing sentiment from the right.

Over the last 15 years, the United States has lost roughly 150,000 units of its public housing stock to either sale or demolition (and another 360,000 privately owned federally assisted units to expiring use restrictions). Moreover, the country’s public housing program faces a $20Ð30 billion backlog of unmet capital needs, according to HUD, which could potentially lead to the loss of more units if it goes unaddressed.

For months, the Department of Housing and Urban Development has called for a change to the public housing system that provides housing to over 4.5 million tenants, especially to the way it accesses capital. The Obama administration’s $350 million Preservation, Enhancement, and Transformation of Rental Assistance (PETRA) initiative, outlined in the Fiscal Year 2011 budget, has as its goal to preserve upwards of 300,000 units in the first year and then more in subsequent years.

PETRA would streamline administration of rental assistance programs by combining several of these programs into one, consolidating waiting lists, encouraging housing authorities to regionalize, and making eligibility rules consistent, as well as giving families with housing subsidies the choice to rent housing in a particular neighborhood to be closer to education or employment.

But the signature component of PETRA — and its most controversial — is the attempt to leverage an estimated $7.5 billion in additional private investments by allowing PHAs to access private capital through debt financing, with the units then covered under a new form of project-based rental assistance contract.

In February, when PETRA, then just TRA, was announced, Shelterforce conducted an interview with Sandra B. Henriquez, assistant secretary for HUD’s Office of Public and Indian Housing. “We will never get sufficient appropriations at one time to change the game, to really put a stake in the ground and prevent the loss of units because of lack of capital infusion,” Henriquez told Shelterforce, adding that PETRA “will allow housing authorities, as owners now of these individual properties, to go to the bank or to use other public and private sector market tools to leverage capital, whether it’s tax credits, commercial mortgage…bond financing, or other tools available in the marketplace. It will give housing authorities a chance to play in that market arena.”

This is when the alarm bells sounded, and concerns of privatizing public housing emerged. The responses have ranged from harsh (Nonprofit Quarterly’s Rick Cohen: “Public housing is a longstanding policy problem, but not to be solved by simply eliminating the “public” part and hoping that the mythical deus ex machina of market discipline magically undoes decades of underinvestment and neglect”) to more moderate (National Low Income Housing Coalition’s Sheila Crowley: “PETRA as presented by HUD is at best a work in progress with many reasons for concern by low income housing tenants and advocates. But make no mistake: Shaun Donovan is the first HUD Secretary in recent memory who has made the preservation of public housing a priority and who has given serious thought about how to do that”), to supportive, at least in theory (Occidental College’s Peter Dreier: “The liberal critics . . . need to stop the scare tactics and figure out how to seize this rare opportunity to take advantage of having a president who actually wants to preserve public housing for the long term”).

What is interesting is how the criticism, at least publicly, has simmered. There was little fire and brimstone at the outset. In fact, the prospect of creating alternate funding streams to enhance efficiency, rehabilitation, and preservation was, and still is, appealing. A Democratic administration, with a highly regarded HUD Secretary, is initially given the benefit of the doubt by many. But as housing advocates, policy analysts, and tenant organizers have examined PETRA, they have found concerns that need to be aired.

PETRA also appears to be facing significant political challenges in Congress, but as an example of the Obama HUD’s attitude toward public housing and its challenges it has long-reaching implications. In the next of Shelterforce we will look at PETRA in historical context; give voice to critics, supporters, and important advocates for public housing, such as the National Low Income Housing Coalition, the National Alliance for HUD Tenants, PolicyLink, and National People’s Action; and publish our entire interview with Assistant Secretary Henriquez, including her recent responses to the critics.

For decades progressive advocates have urged successive administrations to strengthen this vital and irreplaceable housing resource for low-income households while conservative critics have been calling for its elimination and the public often see it as blighted and dangerous relics from the past. Will PETRA revitalize public housing or will it lead to its demise? Join us next issue as we begin to answer this question.