The National Low Income Housing Coalition (NLIHC) announced today that it had received an anonymous $5 million donation from a consortium of Coalition members “for the purpose of advancing the Coalition’s mission to achieve socially just public policy that assures people with the lowest incomes in the United States have affordable and decent homes.”

The gift will be used to start a new endowment, the Coalition, which has a $2.6 million annual budget, said in a news release.

NLIHC Treasurer Moises Loza first announced the gift at NLIHC’s annual meeting held on April 12 in Washington, DC. The gift is from “long-time members of NLIHC who believe in our mission and admire our work,” Loza said, adding that the gift is “extraordinary and substantially expands our capacity.”

In informing NLIHC President Sheila Crowley of the gift, the donors said NLIHC had been in their will, but they decided to make the gift now because so many people were suffering in the recession and the work of NLIHC was needed more than ever.

NLIHC organizes its work around three goals: to preserve existing federally assisted homes and housing resources, to expand the supply of low income housing, and to establish housing stability as the primary purpose of federal low income housing policy. NLIHC seeks to increase public support for progressive housing policy, to increase the capacity of state and local housing homeless advocates, and to educate federal policy makers on the housing problems of low income families.

Out of Reach, the annual NLIHC report that documents rental housing costs as compared to incomes in every jurisdiction in the country. Out of Reach includes the Housing Wage, the hourly wage that a full-time worker must earn to afford a modest two-bedroom rental home, paying no more than 30% of household income for housing. The national Housing Wage in 2010 is $18.44 an hour.

NLIHC is leading the campaign to establish a National Housing Trust Fund (NHTF), which will provide communities with grants to build, rehabilitate, or preserve rental homes affordable to the lowest income people. Congress created the NHTF in 2008, but has not yet capitalized it. NLIHC’s highest policy priority is to create dedicated sources of revenue to generate $15 billion a year for the NHTF.

The donors suggest NLIHC use their gift to challenge others to contribute to NLIHC. Mr. Loza also announced that NLIHC is mounting a challenge campaign for 2010 to match the $250,000 that the new fund will earn in interest and dividends this year.

NLIHC relies on funds from membership dues, contributions, and foundation grants. NLIHC does not receive any government funding. An existing endowment, the Cushing N. Dolbeare Endowment Fund, is named after the organization’s founder and was established in 2005. 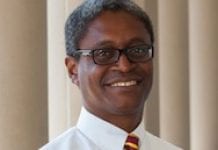