When the $787 billion American Recovery and Reinvestment Act (ARRA) passed earlier this year, I wrote that it had the potential to be the greatest poverty-fighting tool we’ve seen in generations. Well, we’re more than half a year in and while the results are mixed, we’re seeing an exciting handful of “green shoots” of community-level innovation pushing through.

The boost in unemployment benefits and food stamps have helped ease the immediate economic crunch for millions of Americans who were laid off, lost their homes, or were otherwise struggling. The aid to state budgets has stabilized our national economy and kept the global markets from falling off a cliff — an all-too-real possibility during that long and terrifying moment late last year.

In the understandable haste to pump the stimulus money into the economy as quickly as possible, however, some of the long-term, fundamental changes equity advocates hoped for have yet to materialize. Recovery spending has mostly been sent to states and localities through existing funding programs, which have a long history of inequity.

Despite entrenched, bureaucratic obstacles like hard-to-meet deadlines, fragmented funding streams, and parochial state-level spending, there are still early successes that we can point to.

Take, for instance, the Kansas City Green Impact Zone, a targeted green revitalization effort that supporters hope will bring as much as $200 million to a 150-block economically depressed section of the city. Backed by Rep. Emanuel Cleaver, Mayor Mark Funkhouser, a unanimous city council, and dozens of community groups, the project could be one of the stimulus package’s signature economic development projects.

The Kansas City effort is just one of the projects equity advocates should keep an eye on.

In Minnesota, the statewide, faith-based organizing group ISAIAH (in partnership with the Organizing Apprenticeship Project and PolicyLink) has been analyzing the equity impacts of transportation recovery spending, with a plan to use that information to shape the upcoming federal debate around transportation authorization.

At the national level, the STAR Coalition is working to ensure that ARRA implementation is transparent, accountable, fair, and effective. STAR has become an important voice for equity and accountability at the national level and also sparked new state collaborations.

By forging new coalitions and building on existing relationships, some communities have managed to sidestep the obstacles and bring equity to the forefront of their regional stimulus debates.

So, what do these successes teach us about the ongoing stimulus spending and the federal spending debates to come?

These lessons are not just for some debate in the distant future. We can implement these strategies now. It’s not too late to get stimulus spending right.

As of late September, roughly $107 billion of the stimulus package has been spent, according to Onvia’s Recovery.org, and states have remarkable flexibility in how they spend the remaining dollars. Success is possible, if we join together to forge a strong, cohesive voice that demands equity Ã now.

It will take a broad-based movement from residents, activists and advocates to get legislators to spend the money where it is most needed. But, if we can mobilize, we can make our economic recovery a crucial step toward a more equitable, stronger America. 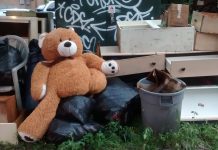 What You Need to Know About the Eviction Crisis