Starting in the 1980s, the Justice for Janitors campaign confronted global real estate conglomerates that hid behind cleaning subcontractors who paid subminimum wage to immigrant workers cleaning the most exclusive office buildings in the country. Now, 20 years later, we are exposing how Bank of America’s tellers are forced to work off the clock, and are denied overtime pay. With unemployment rising and the economy locked in recession we can count on corporations to look for every opportunity to evade, avoid and violate laws designed to protect workers.

In almost every union organizing campaign I have been involved in over the last 30 years, wage theft — the failure to pay what is required by law — has been a major issue. Before we get to negotiating for higher wages and health care, we have to address all the ways employers are ripping off workers to avoid meeting minimal legal requirements. Wage theft schemes that started with the most vulnerable and powerless workers, like farm workers and garment workers, have now spread throughout the economy. White-collar professional employees are now unilaterally declared “managers” as a way to avoid paying overtime, allowing employers to increase hours dramatically without increasing pay.

Kim Bobo’s new book, Wage Theft In America (The New Press, 2009), lays out in painful detail the breadth and scope of the problem, and how the Labor Department has completely failed in enforcing the law and protecting workers. Whole sectors of the economy have felt the squeeze. Take a look at residential construction, for instance, where you have workers being paid off the books as a result of being misclassified and called “independent contractors.” Theft is also systemic: built into an economy that forces workers to compete for low-paying jobs while providing for a legal system that rewards and protects giant corporations who hide behind layers of outsourcing and subcontracting. The labor department and other regulatory agencies on a federal and state level have totally failed in their responsibility to enforce the law.

By putting this in a religious and economic context, Kim Bobo makes it clear that this is both morally unacceptable, and bad for the economy. With millions of workers robbed by their employers and with $19 billion stolen through nonpayment of overtime wages per year, wage theft devastates individual workers, impoverishes whole communities and starves cash strapped governments from needed revenue by operating outside of the workers compensation and unemployment systems and is often part of evading taxes altogether. This is a growing crisis for workers and the country and Wage Theft in America is a call to action with a series of specific proposals.

All of these proposals make complete sense, and they also raise some interesting questions and possibilities of how combating wage theft fits into a broader campaign to challenge how the economy is organized.

An Eye for an Eye: Criminalizing Wage Theft

There is an opportunity to make exposing and organizing against wage theft a central component of a broader campaign to organize unions, win living wages, and challenge economic and social inequality. Chapter 9 “Punishing Wage Theft” starts to address this question when it raises the issue of punishment for wage theft. “If you rob someone’s house, you will probably go to jail. If you rob someone’s wages…[it’s] a crime, but not a high priority one.” A campaign that explicitly calls for criminalizing wage theft, with jail time for multiple offenses goes to the heart of our two-tiered justice system, and offers a moral platform to organize low-wage workers to win money owed them and to demand systemic changes in enforcement that provide disincentives to stealing by making the punishment fit the crime.

Nowhere is this truer then in the case of immigrant workers and day laborers. Because they are often not part of the “formal economy” and are hired on a cash basis for short periods of time by many different small employers and/or individuals, it is almost impossible to imagine how government enforcement or litigation can address the scale or scope of the problem. Only when the individuals who hire and exploit day laborers fear they could be arrested for their crime, because they see others in their community arrested, will we have a real deterrent.

Wage Theft In America has many religious quotes, Exodus 21:23ï¿½27, which calls for an “an eye for an eye,” and offers further guidance on how to think, talk, and act on the question of wage theft. An “eye for an eye” is often dismissed as being a call for vengeance, but many religious scholars have argued that it is really a powerful call for equal justice and punishment. All individuals, whether rich or poor need to be held accountable for stealing and there shouldn’t be different standards depending on people’s economic status. It is obscene that a poor person goes to jail for stealing hundreds of dollars and corporate executives go free when they steal millions. Absent jail time; refunding stolen wages is just another corporate expense.

There are existing laws and statutory authority that could be used to prosecute employers for stealing. Kim Bobo talks about “theft of services” laws that are rarely used by police because wage theft is not considered a priority. District attorney’s, city attorney’s, other law enforcement entities and government agencies could all treat wage theft as a crime if they felt enough public pressure to do so. The challenge is to create that public pressure to enforce existing laws and create the opening to pass new stricter laws.

There are three initial steps we could explore in a series of communities around the country as pilot projects.

Organize and Demand Prosecution. Starting with delegations, to pickets and ultimately sit-ins, focus anger about the theft of millions of dollars in a specific community on the selected government entity or individual that could enforce the law but chooses not to. Pick a couple of key elections and demand of the person running for attorney general or other office put criminal prosecution and three strike jail terms for repeat offenders as part of their platform.

Kim Bobo has done a great job of laying out the problem and offering a series of potential steps to take to combat wage theft. The current economic crisis and a growing sense in the country that corporations are getting away with crashing the economy while being bailed out by taxpayers offers the opportunity to go on the offense, demand they be held accountable and ultimately be jailed for stealing. Imagine the wonderful irony of the situation, if police were arresting people sitting in at the police station or the District Attorneys office demanding the police arrest a company official who was engaging in wage theft. The issues and the potential are unending; the real challenge is to get to work, and demonstrate not just that employers are stealing but also that workers are ready to take action to put an end to these abuses. 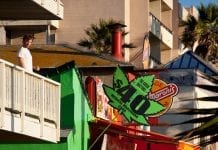