By now, most Americans have heard of ACORN. We know them as the national anti-poverty group, which uses community organizing to provide invaluable services to our communities, pressure powerful banks to provide home ownership opportunities for working people, fight to raise workers’ wages, get traffic lights installed at dangerous intersections, advocate for increased police protection in low-income neighborhoods, and help families avoid foreclosures

ACORN has improved the lives of millions of the poor and working poor by strengthening America’s democracy through its voter registration efforts, as well as helping to lift the working poor out of poverty by building the “living wage” and minimum wage movement — a series of local efforts that contributed to a national increase in the minimum wage.
ACORN’s volunteers, poor and working-class, mostly black and Hispanic, number more than 400,000. To support their organization, they pay annual dues.

Unlike other large associations, ACORN does not depend on one famous charismatic leader; there are no Jesse Jacksons, or Ralph Naders in ACORN. Its champions are many and their personalities varied. Until Fox News began attacking ACORN using videotape by two conservative activists who posed as a prostitute and her pimp, ACORN’s leaders were mostly unknown outside their neighborhoods. But to many of the poor and moderate-income families that rely on ACORN’s services, they are heroes and heroines.

Anticipating the subprime issue, ACORN campaigned in the late 1990s against the financial giant Household Finance Company because it had hurt homeowners with predatory loans. Through a successful lawsuit — a collaboration with 50 state attorneys general — ACORN obtained over $500 million dollars in compensation for injured families. Had the nation’s political and financial leaders been paying more attention to ACORN’s work, the sting of recent foreclosures would have been mitigated.

Right here in Paterson, NJ, I watched ACORN members work tirelessly to clean up Roberto Clemente Park, organize a campaign to prevent lead poisoning in young low-income and minority children, and provide advice to families filling out tax returns, carefully showing them how to use the Earned Income Tax Credit, a federal tax for the working poor, whose benefits were expanded by both Ronald Reagan and Bill Clinton.

Since the close 2000 presidential election, ACORN’s effort to register millions of poor, minority voters, a time-honored way of bringing disenfranchised people into the American democratic process, put it squarely in the crosshairs of the Republican Party. This came to light after the Attorneygate scandal in which the Bush administration fired his own U.S. Attorneys, and ultimately forced Attorney General Gonzalez to resign. Documents since released by the House Judiciary Committee reveal that Karl Rove played a central role in sacking U. S. Attorneys who refused to prosecute ACORN because they found no evidence it committed voter registration fraud.

ACORN has also long faced harassment from right-wing activists, including Rush Limbaugh and Glenn Beck. They attack ACORN for ideological reasons. Wrote one right-wing journalist, “[ACORN] had learned no lessons about the free-market magic that made American cities engines of job creation for more than a century, proliferating opportunity.” That was written before an unregulated Wall Street drove our economy into the ditch. ACORN’s successes have threatened right wing ideologues because it dispels the conservative myths that America can only help the poor through private charity and free market capitalism.

ACORN is not without flaws and mistakes, but it does have a long history of quickly responding to its weaknesses. For example, ACORN’s CEO Bertha Lewis immediately dismissed the offending employees caught on those videotapes. (ACORN’s management oversight prevented any potential “crimes” from ever taking place.) Lewis then appointed a group of eminent experts, including Kathleen Kennedy Townsend, to help implement necessary internal reforms.

We now know the hidden tapes were doctored, misleading and probably taken illegally. We also now know that the filmmaker lied to Fox when they claimed they were never rebuffed by any ACORN office they visited, when it fact they were turned away from several offices.

Despite its weaknesses, ACORN as an organization has been and remains a force for good in our communities. Ever since the ACORN board of trustees hired Lewis last year, she has been working tirelessly to build systems of transparency and accountability within ACORN. She obviously has more work to do. But far from being un-American, ACORN is the quintessential democratic organization, powered by working class and poor families throughout the country.

In a cynical age, when 24-hour cable news demands one sensational story after another, ACORN instills in its members a belief that the future can be a better day and that individuals, working together, have the power to shape their own destiny.

John Atlas is president of National Housing Institute. His book on the history of ACORN, published by Vanderbilt University Press, will be out in 2010.

Editor’s Note: Versions of this piece ran on NJ.com and on The Huffington Post 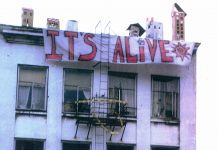 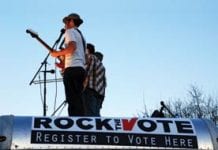 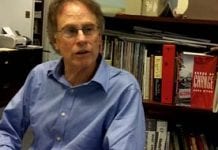