The eyes of the world were focused on Gary, Indiana, in the days following Michael Jackson’s June 25 death. People marveled at the tiny house where Michael spent his first 11 years.

Spending the two days after his death in oppressive heat and swarms of mosquitoes outside the Jackson home while on assignment, I was personally intrigued to learn more about the King of Pop’s childhood; and just as much to get a closer look at Gary and the ways it has changed since the Jacksons moved out four decades ago.

Gary, Indiana, was a city alive with music when the Jackson Five were starting out in the 1960s. It was a gritty but stable working-class steel town on Lake Michigan where the public schools had a lively arts program that encouraged youth to perform on stage.

Most of the men worked in the steel mills, like Michael’s father, Joe, who was a crane operator at Inland Steel. And they made good enough salaries that most of the women stayed home with the kids. Neighbors of the Jacksons, many of whom grew up with the Jacksons and have lived in the same homes for a half century or more, say the neighborhood was much different then.

It was always a working class, hardscrabble place, but there was a feeling of stability and community, almost like one big family. The kids including Michael would ride bikes and play ball in the street, and boy and girl bands would draw adoring crowds to talent shows or sing in yards and on street corners.

Gary historian Dharathullah H. Millender notes that the public schools had a thriving “Auditorium Program” which encouraged kids to perform on stage. And Michael’s former elementary school principal and classmates tell tales of him singing in music class. Millender, author of two books on Gary, says there were 47 ethnicities in the town, and summer festivals highlighted the food, music and culture of Mexico, Poland, the African American south and other regions or countries. Gary’s historical society still runs youth arts programs; but Gary is not alone in having much programming and classes stripped from its public schools because of budget cuts. In other words, a young prodigy like Michael born in Gary today would not have the institutional venues and artistic support that the Jacksons enjoyed.

Gary was particularly hard hit by the collapse of the steel industry. Though several large steel mills still operate in the area, its economic base was decimated by the de-industrialization that wreaked havoc across the heartland. Over the past two decades Gary has had the notoriety of logging among the country’s highest murder rates, and as outsiders swarmed in after Jackson’s death long-time locals warned that they should indeed be careful. The blocks surrounding the Jackson home are riddled with vacant, heavily overgrown lots and abandoned houses; and the main commercial strip, Broadway, is lined with mostly shuttered storefronts, liquor stores, and open drug dealing.

Just a few days before Jackson’s death, the History Channel featured Gary as part of its series about “life after people,” using the city as an example of what Chicago might look like once humans have been wiped off the planet.

But the scene at the Jackson home showed that, like in any neighborhood, a sense of community and resiliency can survive even among the worst disinvestment, crime, and urban decay. Locals of all ages danced, cried, sang, and celebrated together on Jackson Street (named for the president, not the family), and neighbors opened their homes generously to visitors and reporters. A young white man cranked Jackson tunes starting with “Black or White” from his car stereo, and break-danced wildly with two African-American youths in what quickly turned into an hours-long, interracial dance session (pictured).

Many local young people described dancing or singing in contests themselves, often to Jackson tunes, and the talent on display in the street showed that even without the type of support that existed in Jackson’s era there is a thriving grass-roots artistic scene. Though Michael Jackson had only been back to Gary a handful of times in four decades, the community’s overwhelming and lasting love for him seemed also an expression of pride in their own hometown.

Paul W. Warner, 44, is a freelance photojournalist who grew up in and now lives in Gary, after having worked internationally for the AP and also at papers in Ann Arbor and Detroit. As a kid he always saw the Jackson family as inspirational, a symbol that you could “make it” even if from a town like Gary.

“They were the diamonds in the rough, the diamonds that grew out of all this excrement. Anyone who encountered the Jacksons was inspired by them. When they met the Queen (of England), you have no idea what that meant for Gary. To think that someone from right here could do that…I remember when my grandmother saw them on the cover of Ebony, it really meant something to her.”

Warner got the news of Jackson’s death on his cell phone while leaving a White Sox game. He canceled his dinner plans and a photo shoot he had scheduled and caught the train back to Gary. “By the time I was on the South Shore [train] I was weeping like a child.”

He noted the number of white fans at the house was an unusual sight in this neighborhood. “White folks don’t usually come this far. It’s a shame it took Michael’s death to do this. He was Gary. And maybe this is a symbol of what Gary still can be.” 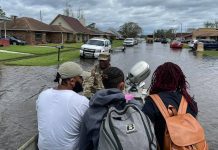