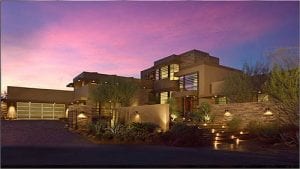 I was struck by two hugely contrasting stories in Sunday’s Real Estate section of The Washington Post. If you want evidence that John Edwards’s “two Americas” campaign theme had substance behind it, you need look no further.

The first story was uplifting. Barbara Ruben highlighted the rising interest in Habitat for Humanity’s local programs to provide affordable housing to DC residents in the distressed economy. Ruben reports that the home building charity is seeing twice the number of people interested in finding homes at DC-area meetings as in the recent past. Unfortunately, Habitat has also been hurt by the economic downturn, with corporate donations suffering a sharp decline. But individual donations and volunteer participation are increasing, and the organization’s local programs remain relatively strong. Even Vice President Biden, on the day before his inauguration, helped hang drywall in one of Habitat’s new homes in northeast Washington.

As for the other story in Sunday’s paper, how about an 8,816-square-foot house in the desert, 30 miles from Las Vegas? This, according to the National Association of Homebuilders, is its showcase product, “the new American home.” The price tag? Four to five mil! Economic downturn? What economic downturn? Sprawl, anyone? Why worry? It’s got green technology, apparently.

(For more images and commentary on this story, see my NRDC blog archive.)