As the United States enters a period of rapid growth that will have a profound effect on our national wellbeing, the next president will face an unprecedented challenge. He will also have an unprecedented opportunity to help states, cities, and towns shape communities to maximize our quality of life while conserving environmental and economic resources.

By 2030 we will have a population increase of 70 million, and we can expect 40 million new jobs compared to the 2005 level. We will also experience an amazing expansion of our built environment: 50 million new and replacement homes and 78 billion square feet of offices, shops, schools, and other nonresidential space, along with potentially massive amounts of transportation and municipal infrastructure required to serve it.

We have never faced this amount of growth before in so short a time. How we respond will determine whether we can maintain an equitable and prosperous society, and whether we can secure a healthy environmental future for our children and grandchildren.

We cannot allow growth to occur in the same way we did in the second half of the 20th century. Suburban sprawl has forced citizens and businesses alike to drive ever-longer distances. At the same time, because of chaotic, wasteful development patterns, meaningful alternatives have become unavailable for most Americans.

The results include astounding growth in greenhouse gas emissions from increased automobile use, excessive energy use, air and water pollution, tragic consumption of natural ecosystems and farmland, traffic congestion, economic waste, and a range of serious social problems, particularly for urban populations left behind. Transportation is now second only to housing in claiming over 20 percent of an average household’s budget, and over 40 percent of the average budget for those of lower income. These numbers are only going up with rising energy prices. At the same time, buildings and the transportation system required to serve them already emit 60 percent of our increasing global warming emissions.

The good news is that we can avoid a national crisis if we shape this growth efficiently and equitably. If we do not, the strain on our country will be immense. This is only the tip of the iceberg in rampant home foreclosures, precipitous drops in home values, and the rise in the costs of gasoline and energy.

I propose that the next administration begin with four principles in shaping a national agenda for sustainable development:

Imagine a country of walkable neighborhoods, transportation choices, healthy homes, less time in traffic, and more disposable income, complemented by a beautiful landscape of conservation lands and working forests and farms. That is still within our reach with vision and leadership. 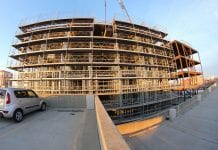 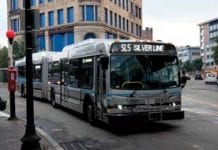 Smart at the Roots 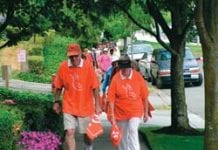 It Takes a Village to Age In Place