To continue the collective efficacy discussion, I want to throw the work of Professor Scott Page, author of The Difference: How the Power of Diversity Creates Better Groups, Firms, Schools and Societies, into the mix. While Robert Putnam’s more recent research may be depressing on the subject of diversity, Page’s is exactly the opposite.

He argues that in terms of workplaces and other groups trying to solve problems together, more diverse ones (and by diverse he means not just race, gender, and class, but also age, politics, and different ways of thinking) are actually more productive and better problem-solvers. And he has mathematical models to prove it. From a New York Times interview with Page:

People from different backgrounds have varying ways of looking at problems, what I call “tools.” The sum of these tools is far more powerful in organizations with diversity than in ones where everyone has gone to the same schools, been trained in the same mold and thinks in almost identical ways.

The problems we face in the world are very complicated. Any one of us can get stuck. If we’re in an organization where everyone thinks in the same way, everyone will get stuck in the same place.

It seems to me that if we could tap into those strengths in neighborhoods, they would have similar positive effects. But of course in a workplace we’re forced, more or less, to work together. In neighborhoods we’re not. Still, Page provides an optimistic perspective: There really is explicit value in getting over that hump and learning to collaborate with people different from us. 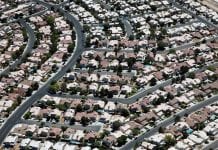 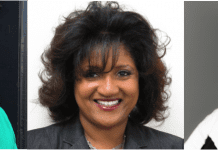 Racial Diversity in Community Development Leadership: A Roundtable Discussion on the Field’s Past, and Its Future