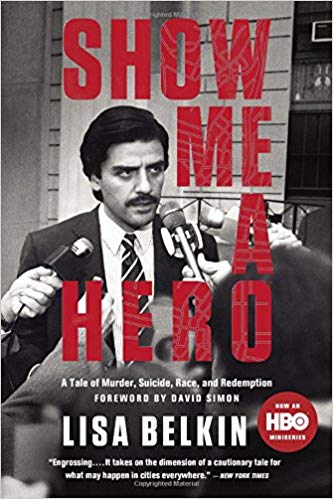 Across the United States since the passage of the Fair Housing Act of 1968, only a handful of lawsuits have challenged systematic racial discrimination in housing. Examples include the Gautreaux saga in Chicago, which eventually opened the way for minority residents of Chicago public housing to use housing vouchers in nearby suburbs, and a 26-year-old case against Parma, Ohio, Cleveland’s largest suburb. The most recent major case that attracted national attention was the lawsuit brought by the NAACP and the U.S. Department of Justice against Yonkers, New York, a large, old suburb of New York City.

In 1985, federal district court judge Leonard Sand ruled that the city of Yonkers and its school board had deliberately located public housing and schools in a racially segregated manner. Virtually all public housing was concentrated in the city’s southwestern quadrant, with a disproportionately high percentage of the city’s black and Hispanic population. In the housing case, Judge Sand ordered construction of 200 scatter-site public housing units outside this southwestern area.

In Show Me a Hero, New York Times reporter Lisa Belkin picks up the story in 1988. By and large, she does not focus on the lawsuit itself, with one exception. Rather, she deals with the implementation of the remedy. While her tale is chronological, her telling is structured around several key figures. Their lives as affected by the Yonkers housing remedy are recounted in short interspersed segments based primarily upon interviews by the author and journalistic reports. Her guiding question was: did the remedy work? By this she variously meant: Did the neighborhood fall to pieces? Did the lives of the tenants improve (where the new housing was built)? Did property values fall? Did crime rates increase? Did the homeowners learn to accept the tenants? Did the tenants befriend the homeowners? Did the judge come to understand that he had done the wrong thing? Did the city come to understand that he had done the right thing? Were the results worth ten years and $42 million? Is Yonkers a model for the rest of the country? Or is it an example of good intentions gone wrong?

Belkins’ main characters are as follows: Nick Wasicsko (one-term mayor), Mary Dorman, a member of Save Yonkers and an opponent of the remedy, and four public housing residents, three of whom win the initial lottery to occupy the first 71 units built in east side white areas – Alma Febles (a Dominican), Norma O’Neal, partially blind, Doreen James, later elected to the Tenant Council, and Billie Rowan. All of the women are single mothers, the latter three African-Americans. Belkin also highlights several members of the Yonkers City Council, especially Henry Spallone, who defeated Wasicsko for re-election in 1989, and architect Oscar Newman, the renowned promoter of “defensible space,” who, as a court-appointed consultant, designed the town houses.

The one aspect of the court decision Belkin does detail is Judge Sand’s imposition of a fine, which doubled daily, for the city council’s refusal to accept the remedy. This captured national attention as Yonkers headed for municipal bankruptcy. Wasicsko was the youngest mayor in the United States when elected in 1987, having previously served on City Council. His downfall came in part because he supported compliance with the court order, whereas Spallone adamantly opposed it as the political champion of the Save Yonkers organization. The city only caved in as mass lay-offs of municipal employees by a state financial overseer loomed.

Belkins’ recounting of the unfolding of this drama, the design, location, construction and occupation in 1992  of the new housing, is modeled on Anthony Lukas’ Common Ground, which covered the Boston school desegregation case through the lives of several families. She is successful in chronicling the difficult and complex lives of the tenants and those determining their future. As the title suggests, this is a melodramatic story. Of the main characters, O’Neal and Febles (who finally got her unit in 1994) gain from the transition to their new neighborhoods. In contrast, Rowan’s husband is imprisoned and finally is convicted of murder in 1993, leading to her eviction for his illegal occupancy of her new unit. James eventually grows disillusioned and requests a return to an older project, despite her involvement as a tenant leader. Belkin sympathetically recounts the struggle of the tenants to make the move to white neighborhoods, their transitional difficulties, including clashes with hostile white neighbors, and the outcome of the moves as a result of the lawsuit.

Belkin also captures changes in the views of white Yonkers residents, who gradually become more accepting of the housing desegregation order. Epitomizing this change is Mary Dorman, who enlists in the program to provide counseling to the minority tenants moving to the east side, including her very own neighborhood. Belkin also explains the hopes of architect Newman as he fights HUD, which funded the new housing, and the Yonkers Municipal Housing Authority to provide town houses that fit into the fabric of east Yonkers neighborhoods.

Using this journalistic method, Belkin concludes: “A judge can mandate housing remedies, but he cannot mandate a sense of belonging or an essence of neighborhood. Yonkers is not integrated. Black and white are not woven into the same fabric.” As she and Judge Sand noted, the remedy only involved 200 housing units in a city of almost 200,000. She does argue that Yonkers provides a useful lesson as HUD proceeds upon its policy of demolishing old public housing high-rises in favor of low-rise town houses as advocated by Newman. She does not engage in any systematic analysis. For such an analysis, see Xavier de Souza Briggs, Joe Darden and Angela Aidala, “In the Wake of Desegregation: Early Impacts of Scattered-Site Public Housing on Neighborhoods in Yonkers, New York,” in the Journal of the American Planning Association (Winter 1999, volume 65, #1). Their findings on the short term effects of the remedy are positive.

Also worth mentioning is the suicide of the title, that of despondent former Mayor Wasicsko in October 1993 following his defeat in a bid for election as City Council President. While nominated for the John F. Kennedy Profile in Courage Award, Wasicsko died largely unappreciated for his role in getting the city through the early stage of the remedy’s implementation.

Overall, this book provides an engaging human face to a complex legal-political-social drama. However, it does not hold up as well as the similar account of the Mt. Laurel fair share housing case in New Jersey—Our Town: Race, Housing and the Soul of Suburbia by David Kirp, John Dwyer, and Larry Rosenthal. (See Shelterforce review.) Belkin’s book and the reader would have benefited from the inclusion of a chronology of key events, a map of Yonkers and the housing sites, and photos of the main characters.