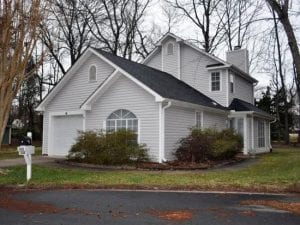 Right around the New Year, an article by Wired’s Emily Dreyfuss popped up on one of my newsfeeds titled, “The Middle Class Can’t Afford to Live In Cities Anymore.” My reaction was skepticism, and that skepticism was confirmed when I read the article, which was yet another piece about the same hot coastal places that everybody keeps writing about–Boston, New York, San Francisco, and so forth.

That, in turn, started me thinking about what has been derisively called “flyover country” (everything between the coasts), which seems to have become largely invisible to much of the American media, and how so much of the information we get about so many of the issues that concern us is reflected through a distorted coastal lens.

First, let’s get some basic information out of the way. The middle class, by any reasonable definition, can clearly afford to live in most of America’s cities today. Not all, but most. Let’s define “middle class” as families earning 100 to 150 percent of the national median family income, which was $68,260 in 2015. Assuming that a family spends 33 percent of their income for mortgage, taxes, and insurance, they can usually afford a house costing roughly four times their gross income. With Zillow’s help, I created a graph of the median single family house value at the end of 2016 in 200 of the nation’s largest cities, and superimposed the results of my affordability analysis.

So where are the cities which the middle class can’t afford to live in? Of the 44 (out of 200) cities, 35 are on the West Coast—31 in California! It’s the same for metropolitan areas. In round numbers, about 20 percent of the United States’ population live in metros with a high-cost central city, and about 80 percent in metros where the central city is affordable to some or all of the middle class. Yet the national conversation, whether it’s about affordability, housing policy, or gentrification, is dominated by the 20 percent.

Even though I live in a coastal state, my work has taken me every couple of weeks for the last few years to what one might call the Heartland—places like Detroit, Cleveland, and St. Louis, as well as to what might be considered the coastal equivalent of “flyover country,”—Baltimore and Philadelphia. All of these cities have neighborhoods with attractive single-family houses on tree-lined streets available at prices that middle-class families can afford, and they often go begging. The house in the picture is for sale in Greensboro, North Carolina for $110,000. It’s a nice house in a decent area. Cities like Phoenix, Las Vegas, and Houston also have lots of affordable houses, though not as many trees.

So Phoenix and Houston are doing reasonably well, but the issue in Detroit or Baltimore—or Louisville or Fort Wayne—is not that the middle-class can’t afford to live in those cities, but finding enough middle-class buyers to keep historically middle-class neighborhoods from declining.

While these cities’ downtowns and a few favored close-in neighborhoods may be thriving, thanks largely to the influx of better-off millennials, many if not most of these cities’ traditional middle class and working class single-family neighborhoods are indeed in visible, potentially irreversible decline. A new book, titled, On the Edge: America’s Middle Neighborhoods, takes a good look at this issue.

But what is driving this has nothing to do with affordability. When Dreyfuss writes in her article, “across the U.S., the trend holds: cities are increasingly home to high-rollers who can pay the high rents or down payments, and not lower-income people who qualify for subsidized housing,” she’s partly right, but it’s not about affordability. A big part of it has to do with the reality that the middle-class is a lot smaller than it used to be; but a bigger part—for a lot of different reasons—is that fewer and fewer of them are living in the nation’s central cities.

The other issue is that the housing needs of the poor and the near-poor are just as real in Detroit or Louisville as they are in San Francisco or Washington, D.C. When we start talking about focusing on housing for the middle class, which may well be a legitimate issue in the 20 percent of the country made up of high-cost regions, we risk losing track of the people with the most desperate and urgent housing needs, of whom there are just as many in the rest of the country. We also lose track of the fact that gentrification is a very different phenomenon in the 80 percent than it is in the 20 percent. When the coastal media do look at a place like Detroit, they tend to look at it as exotic, or worse, as a “blank slate” for coastal transplants looking to reinvent themselves. Exhibit A is a piece titled “Last Stop on the L Train: Detroit,” that appeared in the Style section of The New York Times in 2015. Needless to say, Detroiters don’t like to think of their city as a blank slate, or by inference, of themselves as invisible. To be fair, the Times has published a lot of good, solid reporting about Detroit; but this piece stuck in a lot of Detroiters’ craws. I think this is a problem.

Not only the media, but virtually every organization that claims to speak for disenfranchised, poor, or struggling communities, is located in a coastal city, and usually one of the handful of high-powered, high-cost cities that draw so much attention. I realize that there are logical reasons for this, but at the same time I can’t help thinking that this is just one more reflection of the powerful social, economic, cultural, and spatial polarization that’s so fundamental a part of today’s American reality.

One closing comment: I’m sure I’m not the only person to notice how much has been made since the election of the fact that Hillary Clinton won the popular vote by nearly 3 million. If you look at the breakdown, however, it’s interesting. She carried New York City and the state of California by nearly 6 million, while losing the popular vote in the rest of the country by 3 million. Just saying ….