Last November, we surveyed readers about what they thought the rise of high-capacity nonprofit housing developers meant for neighborhood-based community developers that use real estate as a tool in their work. Specifically we asked if these groups should be leaving housing development to the bigger guys and taking on other types of projects. We found that while many such groups are engaging in fruitful partnerships with their high-capacity colleagues, there is also a fear out there that something would be lost if local real estate development evaporates entirely:

Neighborhoods need a major voice in the type of development that they want to see. Not an exclusive voice—but a major voice. Neighborhood-based groups will listen and understand more readily than “multistate” developers—whether for-profit or nonprofit.
—Mike Hodge, Neighborhoods Resource Center, Nashville, Tennessee

While regional developers can fill an important niche where there are no local developers, community-based developers have an important, unique role to play. Community-based developers often take on very difficult housing development projects that would probably not come to fruition without the long-term commitment and determination of a local developer. Regional developers, who don’t have the same vested interest and commitment to a particular community, are less likely to take on difficult and controversial, yet worthy projects. Local control of the development process also has a number of other inherent advantages. I live in the same community where I work and I can see our newest development project from the back porch of my home. My son goes to the same school as many of our project residents, we shop in the same local stores, we see each other at church, etc. This interconnectedness helps shape our development projects for the better, builds local capacity, and retains more of the economic benefits of development locally. Our community would probably lose many of these benefits if the work were taken over by a regional developer.
—Michael Burton, Bickerdike Redevelopment Corporation, Chicago

The larger multi-state groups should develop the projects, but management of the projects should be handled by the locally based organizations. They are sensitive to unique local issues and concerns and it would help to strengthen distressed communities.
—Thomas A. Roberts, II, Esq., Attorney/Consultant, Royal Palm Beach, Florida

Even the most effective nonprofit housing developer can only focus on a limited number of neighborhoods at one time. Without local developers as advocates, many neighborhoods would not get the attention they deserve. If regional development approaches were combined with financial support for neighborhood organizing and related projects I would support them more.
—Emily Trenholm, Executive Director, Community Development Council of Greater Memphis, Memphis, Tennessee

Neighborhood-based CDCs are respectful of and responsive to neighborhoods, ensure diversity of project types, bring unique predevelopment and planning approaches, and are critical in creating the affordable housing movement in San Francisco. Through their work on the ground providing services and organizing in the communities, they gather information on the needs of a neighborhood and advocate to ensure that [neighborhood] voices are at the table when it’s time to translate those needs to policy and land use.
—Amy Beinart, Housing Director, Bernal Heights Neighborhood Center, San Francisco, California

Regional and multistate developers have a different set of interests than members of a local community. Their core interest is in production and economic feasibility. At best, they may be sensitive to the core issues of local communities, may take on difficult projects that are important to communities, may invest resources in providing needed services for the resident population, and may organize their residents to have a voice in the community. But often they don’t. If the only goal is housing production, then developers working on a larger scale may have production advantages. But housing is more than boxes for human flesh that need to be acquired as efficiently as possible.
—Whitney Jones, Chinatown Community Development Center, San Francisco, California

Regional developers that are production-oriented are necessary and should be part of the landscape. However, the types of projects they are adept at tend to be more suburban, less deeply targeted, and serve fewer special needs populations. A more accurate cost comparison would control for those factors. Large developers are not interested in building smaller urban infill developments, but it is these developments that serve our inner cities and/or our most vulnerable populations. In Oakland, Calif., these regional developers are also less interested in neighborhood planning issues, and do not engage in longer-term discussions with neighborhood stakeholders about how our neighborhoods change over time and what their future should be. We are proud to add value to our neighborhoods in ways that extend beyond just any individual project’s property line or development lifespan.
—Anon.

Understanding a place takes time. Those living in the neighborhood are best suited to understand what is important to the people. In the long run, they will be there to assure that the buildings are maintained and cared for. Empowerment flows naturally from those with a direct stake in creating their neighborhood developments.
—Sandy Bishop, Executive Director, Lopez Community Land Trust, Lopez Island, Washington 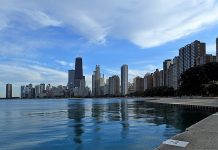 The Power of a Community-Based Development Coalition