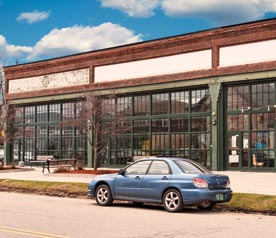 In the Japantown section of San Francisco, a task force is revisiting a 1999 neighborhood plan that once gave a perfunctory nod to how a community land trust model could be considered to preserve the neighborhood’s cultural character.

Now, 12 years later, using a grant from the Ford Foundation’s multiyear initiative supporting shared equity concepts, the Japantown Task Force is aggressively exploring the CLT idea with the help of the Vermont-based consulting firm Burlington Associates. This exploration, as outlined in Miriam Axel-Lute’s Summer 2011 article in Shelterforce, represents a renewed interest in thinking of a CLT model to give stability to an area where “many of the businesses that give the storied neighborhood its cultural theme are on month-to-month leases with an absentee landlord.”

But there are plenty of unanswered questions:

“What would be the legal stake the CLT would have in the property, given the complicated existing ownership — deed restriction? air rights lease similar to residential CLTs’ ground leases? What entity would have sufficient equity to take on the development?”

San Francisco is just one place looking to the CLT model as a tool for economic development. New Orleans, where swaths of vacant retail space plague once-occupied commercial strips, and in Albuquerque, where the 27-acre Arbolera de Vida, itself developed by a land trust, is looking plan out a non-residential tract within its boundaries, the land trust model is getting attention. However, achieving the goal of long-term stability and encouraging commercial investment is not an easy one, but, if successful, “communities across the country could have a new tool to recycle scarce economic development funding, stabilize neighborhood commercial districts and downtowns, and support locally owned businesses.”