In 2001, Mark Seifert was working out of a church attic in Cleveland’s largely African-American neighborhood of Union-Miles. He had been recently banished there at the direction of the local community development corporation that had previously housed his office and had, in fact, been the birthplace of his organization, ESOP, then short for the East Side Organizing Project. Seifert’s time in the attic marked the nadir of community organizing in Cleveland. It also coincided with the peak of community development in the city.

In late 2009, Seifert and his long-time board president, Inez Killingsworth, were the leaders of a large and expanding network of offices and staff. The recent success of ESOP, having since changed its acronym to stand for Empowering and Strengthening Ohio’s People to reflect the organization’s new statewide reach, is not a heartwarming comeback story of life in the Rust Belt, nor is it due to some programmatic or policy innovation. Seifert and Killingsworth were doing what they have always done, but all of a sudden a lot of people were beginning to value what they do. Meanwhile, ESOP’s revival happens to coincide with increasingly tough times for the city’s community developers.

What changed? To put it simply, massive housing foreclosures: 15,000 in Cuyahoga County in 2007 alone, about the time that the rest of the nation was beginning to recognize that the housing bubble was bursting. New Orleans wasn’t the only city hit by a hurricane in the past five years. Stockton, Tampa, Detroit, Cleveland, and many other cities have all been hit by economic hurricanes and are suffering similar results: abandoned housing and declining population. Just as the poorly maintained and insufficient dikes of New Orleans made that city vulnerable to Katrina, horrifically bad state policy made Cleveland especially vulnerable to foreclosure. Just as FEMA proved incompetent in reacting to Katrina, politicians and community developers have been ineffective in their responses to foreclosure, though in many cases not for lack of trying.

Cleveland politicians have actively tried everything from predatory lending laws (only to be superseded by toothless state legislation) to lawsuits against banks to recover the costs incurred by the city due to foreclosure (the city recently lost, though it says it will appeal). Some judges have denied the standing of loan servicers to bring foreclosure suits. In the last issue of Shelterforce, Frank Ford discussed the efforts of Cleveland’s community developers to stabilize the physical capital of the city’s neighborhoods (”Cleaning Up After the Foreclosure Tsunami: Tackling Bank Walk-Aways and Vulture Investors,” SF #159-160).

It’s not like there was no warning. Despite fairly broad recognition that predatory lending and foreclosures were significant problems by the early 2000s, at that time little action was taken, despite Seifert’s best efforts. Around this time CDCs were rolling out large, innovative developments that promised neighborhood recovery without getting mired in the regulatory politics of predatory lending or the risky modes of protest favored by ESOP.

Community development’s successes seemed to indicate that working with private sector lenders, rather than protesting them, was the route to neighborhood revival. Bankers were heavily represented on the boards of local community development intermediaries. And why not? If it is to be done at any scale, successful physical redevelopment has always required access to credit. This is why the Community Reinvestment Act, tax credits, and tax-increment financing have been essential drivers of community development activity.

ESOP, which was becoming known for its opposition to predatory lending practices and attraction to confrontational protest, was not likely to get a particularly good hearing in this era of cheap credit, collaborative partnerships, and successful physical development. Understanding why tells us a lot about the relationship between community development and community organizing, not just in Cleveland, but in many cities — a relationship that has hampered the ability of cities to respond effectively to foreclosure. 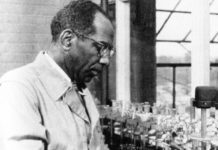 Send In the Resident Ambassadors