Nelson Mandela was a Community Organizer

Laura Barrett - December 11, 2013
Off the top of your head, what was Nelson Mandela's job title? “Icon?” Nope. “Inspiring speaker?” Nope. “National leader?” Nope. “World figure?” Nope. He was, of course, all of these things. Those words, however, fail... 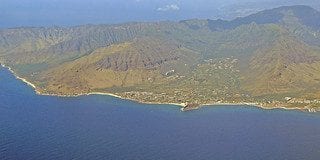 You Put One Seed in the Ground, You Get Many in...

Brent Kakesako - December 6, 2013
The passing of two annual events: Thanksgiving, a time to celebrate the harvest and by extension with family, and Black Friday, an event that...

David Holtzman - March 28, 2012
“Why does everyone in the country live out in the middle of nowhere? It’s so inefficient!” This was the reaction of a friend of ours,... 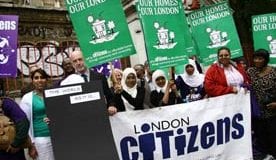 David Smith - September 2, 2010
London CITIZENS fights for permanently affordable housing in the shadow of the Olympics. 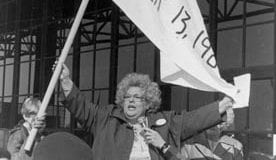 Has the Fight Gone Out of Organizing?

Randy Stoecker - September 2, 2010
After a brief, shining moment following the 2008 Republican National Convention, when it seemed community organizers would rule the country, they are now back on the defensive. 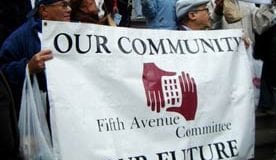 What Kind of Community Organizations and for What Purpose?

Eric Shragge, James DeFilippis, and Robert Fisher - September 2, 2010
We expect the "solutions" to social problems to be found within the community, and yet community groups, more often than not, work beyond their communities' boundaries. Why? Because they see the reality that if social and economic justice are to be realized in a community, then changes that are larger than the community must take place. 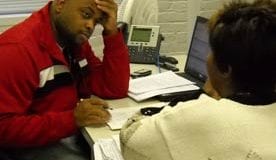 Michael McQuarrie - September 2, 2010
The success of a Cleveland-based community organizing group in the face of massive foreclosures suggests that the city (and the nation) should have held on to a more diverse set of community organizations.

Alice Chasan - September 8, 2008
I hope the moderators press McCain on his campaign’s assault on community organizing and how it jibes with the convention’s theme of “service.”