Rosanne Haggerty was on vacation in Ireland not long ago when she decided to see how that country addresses the housing needs of its poorest residents. What she discovered in the city of Belfast was the Foyer Program, a model long used in France, Ireland, and England to help young people without family and at risk of homelessness make the transition to adulthood. Haggerty hoped the model might be useful in New York City, where about 20 percent of homeless adults have a history of foster care, and where, according to one city agency, some 3,700 young people will age out of foster care between 2002 and 2004.

Haggerty, the founder and executive director of Common Ground Community in New York City, decided to replicate the Foyer Program in her next project – the renovation of an old YMCA residence in Manhattan’s Chelsea neighborhood, which will set aside 40 of its 207 units for young adults ages 18 to 24 who are aging out of foster and residential care or are homeless or at risk of homelessness. The Chelsea Residence will provide employment, educational mentoring and life-skills training programs; participants will work over an 18-month to two-year period toward permanent housing and stable employment. The $32 million project, which includes $9 million for acquisition, has received state, city and private financing.

Although the Chelsea Residence will be Common Ground’s first project to include housing specifically for at-risk youth, the not-for-profit developer has developed affordable housing with supportive services since 1990. In addition to housing both homeless and low-income tenants, the organization has developed employment opportunities for its residents through partnerships with Ben & Jerry’s ice cream shops. An important part of Common Ground’s strategy is integrating residents with the surrounding community and linking them to its resources.

Haggerty’s innovative work was recognized in 2001 when she was selected as a MacArthur Fellow. The MacArthur Foundation praised her work in salvaging historic buildings, renovating them through creative financing from public and private sources and partnering with social service organizations to give homeless and low-income residents more than just a roof over their heads. When the Chelsea Residence opens in June 2003, Common Ground will be providing more than 1,200 units of affordable housing in all three sites. In selecting Haggerty for its prestigious award, the MacArthur Foundation noted: “The success of these projects has called into question long-standing assumptions about low-income housing, such as the mix of populations that can live together harmoniously and the maximum efficient scale of such facilities.”

Shelterforce spoke recently with Haggerty about her latest venture.

What spurred Common Ground to address the needs of youth leaving foster and residential care?

After we found the Foyer model in Belfast, and visited programs in and around London and Northern Ireland, we realized that groups like Common Ground have to look at prevention issues. There’s a high correspondence between single adult homeless people leaving prison or jail and those who had been in foster care.

Others in New York had been talking about this, about how we had to come up with strategies to help make the transition [out of foster care] a successful one. Jerilyn Perine, commissioner of the New York City Department of Housing Preservation and Development, had been supportive. She had visited some housing programs in a separate trip, and she also mentioned the group in Ireland. It was an idea that a couple of us knew about, and we were eager to see it happen.

How did Common Ground reposition itself to reach out to this new, younger population?

Were there specific challenges/obstacles in providing supportive housing for young people that differed from your experience with adults?

There aren’t funding streams available for obtaining properties or providing services [for this population]. We had to piece together grants from state and city agencies and help them understand that this could be a powerful new model.

What advice do you have to offer CDCs venturing into this area?

This is an area that CDCs can be very effective in. The goal is to have these types of residences in as many communities as possible, to keep them closer to community resources, to reinforce and augment the training of Foyer. It’s being opportunistic, locating Foyer in a supportive housing unit. It’s possible to co-locate programs, incorporate it into an existing program. Young people aging out of foster care are another discrete group, like seniors. It’s a good strategy for CDCs. 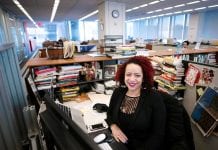 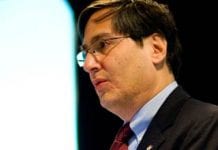 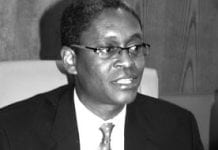