Some groups move in the opposite direction from Nobel Neighbors, starting out with a development focus and adding in organizing for the same reasons Nobel is adding development – visibility, empowerment, credibility. The Little Village CDC on Chicago’s primarily Mexican southwest side has yet to do a development project. Although it was formed specifically to serve as the community partner on a 44-acre mixed-use development, the for-profit partner has not been able to move the project ahead. That may have been a good thing for LVCDC, which in the meantime has become the area’s most important grassroots organizing force. A recent campaign to get the city to live up to its commitment to build a new high school in the neighborhood, including a 20-day hunger strike by 14 parents, drew daily media coverage and created a sense in the community that the group is really committed to resident empowerment. “If all we had done was the development project and nothing else, that would be our identity,” says Jesus Garcia, LVCDC’s executive director and a long-time community activist. “People would see us as developers first, beholden to the city and the lenders. Now they see us as a group truly committed to empowerment. We don’t feel like we’ve given up on the tangible benefits either – empowerment organizing can lead to physical improvements in the area as well.” 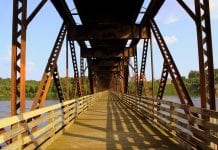