Although this issue’s focus is at the top of the news, we honestly didn’t know who would be in the White House today when we began planning this issue. But, as I write this, George W. Bush is proposing a White House Office of Faith-Based and Community Initiatives. As he promised during the campaign, Bush is making this one of the centerpieces of his administration, in spite of the growing number of religious, civil rights, civil liberties and labor groups voicing their concerns.

Grassroots organizations have known for a long time about the benefits faith-based organizations (FBOs) bring to the hard work of community building. But in the cobwebbed minds of us knee-jerk liberals, the notion of federal support for such groups often calls up only images of the Christian right raiding the tax coffers to promote segregated schools, bigotry and intolerance.

Maybe it’s time to dispel some myths by opening our eyes a bit wider. If we do, we’ll learn from Richard Parker that progressive social action is a key component of most mainline religious denominations—even the Catholic Church (albeit with the exception of choice and gender issues)—and has been for generations.

Many congregations, in fact, organize actively for living wages, safe working conditions, better schools and other fundamental rights. Working with other congregations, and community and labor groups, they fight to change the relationship between the oppressed and those in power. The core of this work, as Mark Warren shows us, is the most progressive goal of all: engaged and organized citizens fighting for democracy.

Of course, many congregations do also provide the kinds of social services that Bush has in mind. With the impending changes from Washington, more will undoubtedly start community development corporations (CDCs) as well. Darren Walker, COO of one of the country’s largest church-based CDCs, offers sobering thoughts to those considering the jump. It may bring great benefit to the community, he says, but without careful preparation it may also end in disaster.

Finally, Cathlin Baker examines the Charitable Choice provision of the 1996 welfare reform laws, the foundation for Bush’s faith-based initiatives. Under this provision, congregations may receive government funding for welfare services without setting up a separate nonprofit and with fewer restrictions on using the funds for religious purposes. Bush has promised to expand Charitable Choice far beyond welfare services. The issues surrounding that, from the separation of church and state and civil rights to the overburdening of FBOs and the abdication of government responsibility, need careful, thoughtful review. Baker’s article, indeed all the articles in this issue, provide a framework for one of the nation’s most important policy discussions.

Faith-based organizations are being called on to do more than ever, but the kind of progressive activism needed to fight poverty and injustice will never be funded by a Bush administration. It is up to us to move beyond the myths our authors dispel lest our nightmares become reality.

The ideas developed in this issue were originally explored in a meeting held at the National Housing Institute at which Mike Gecan of the Industrial Areas Foundation and Darren Walker of the Abyssinian Development Corporation were guest speakers. Darren Walker, along with Fred Davie of the Ford Foundation and Jeannie Appleman of Interfaith Funders provided invaluable guidance at a subsequent editorial advisory meeting. They helped us refine our ideas and find some of our outstanding writers.

This is the last issue of Shelterforce for which I will be the editor. After seven years as the executive director of the National Housing Institute and editor of Shelterforce, it has become time for me to move on, sort of.

It has been a great privilege to be here, following in the steps of Pat Morrissy, Woody Widrow, Steve Krinsky, and the Shelterforce Collective. Their insight and generosity made my transition into the job great fun and an extraordinary learning experience. I’ve also had the great good fortune of working with an outstanding staff, current and past, including Miriam Axel-Lute, Charles Duke III, Yvonne Onque, Winton Pitcoff, and Karen Ceraso.

In addition, I’ve been able to benefit from a fantastic board led by John Atlas, whose members include some of Shelterforce’s founders along with more recent additions. Together they represent the most thoughtful, committed, and passionate group of community builders I’ve ever met.

And perhaps most of all, I appreciate the wealth of knowledge I’ve gained from you, the readers of Shelterforce. I am in awe of your accomplishments and dedication.

In a few weeks I will no longer be leading this organization, but I will continue working for NHI/Shelterforce. I’m looking forward to making the rest of my journey alongside all of you. 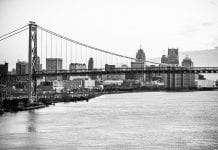 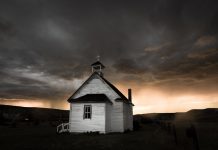 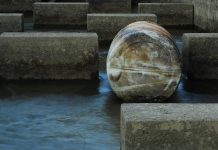 We Can’t Be Pegged