It doesn’t take a great leap of the imagination to deduce that a foundation called simply “Resist” might be a little different than your standard foundation. That is indeed the case with this 32-year-old foundation headquartered in Massachusetts. “Resist remains a political organization committed to radical social change,” says its website, “and the activist groups that are funded reflect Resist’s goal of an equitable distribution of wealth and power. As such, Resist funds small budget groups who struggle towards a broad vision of social justice, while continuing to oppose political and institutional oppression.”

Such an unusual grantmaking focus in a controversy-shy philanthropic world can in part be traced to Resist’s history, which contains no massive family inheritances, endowments, stock windfalls, or corporate beneficence. Resist formed in 1967 to support draft resisters and work against the Vietnam war, and began raising money from individuals to support the work. It was successful enough to begin giving some away to other groups. “And they just kept doing it,” says Carol Schachet, who currently directs Resist’s fundraising program and edits its newsletter. The money that Resist uses for its grantmaking still comes from its own fundraising work – mostly small individual donations, along with a few larger gifts, often channeled through other foundations.

Resist’s history is evident in its priorities and structure. It funds only grassroots organizing projects, not social services, not material aid campaigns, and not organizations that have access to traditional funding sources. (For a full list of guidelines, visit the website.) Resist grants are small ($500–$2000), so the structure is tailored to be as supportive as possible. “We have one of the most frequent funding cycles of the progressive funders out there,” says Schachet. This frequency allows Resist to be responsive to the time-sensitive needs of organizers. Even between those six cycles per year, small emergency grants are available for truly immediate needs.

Resist also encourages its grantees to consider the implications of other progressive movements on their work. All potential grantees are asked to describe their policies and practices relating to gender, race, sexual orientation, etc.—or at least to begin thinking about creating some. “Getting people to think systemically is always a big challenge,” says Schachet, “but worth it.” Resist walks its talk in this area by providing additional grants to make events accessible to people with disabilities—for example by paying for sign language interpreters or a more pricey but physically accessible venue.

Like most foundations, Resist does not support endowments, capital campaigns, or reserve funds —things Schachet says are not really relevant to groups of the size Resist usually funds. However, the foundation does provide operating support, fund equipment purchases, and have a new multi-year grant program for repeat grantees. It also provides technical assistance and resources on other funding sources.

While there isn’t an official grantee slot on its board, Resist relies heavily on the board’s activist involvement to keep it in touch with the movements it funds. “Our board is part academics and part activists,” says Schachet, then adds quickly, “But the academics are also activists.” 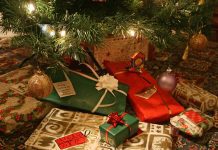 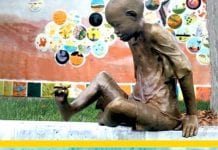