The last dozen years have witnessed the emergence of Community Development Corporations (CDCs) as leading developers of affordable housing in severely distressed urban and rural communities. This housing has helped to stabilize the physical condition and population base of many neighborhoods, setting the stage for the development of shopping centers and industrial facilities to create jobs and provide services. Unfortunately, it may be hard to realize this new potential because economic development does not enjoy the same public policy supports that have enabled CDCs to do so much with housing.

In the last 12 years, a new public policy architecture has been established to support the development of affordable housing. In 1986, the Low Income Housing Tax Credit (LIHTC) was created as a mechanism for attracting private equity investment. In 1990, Congress enacted the HOME program as the centerpiece of the National Affordable Housing Act. HOME joined Community Development Block Grants (CDBG), the granddaddy of modern federal resources for urban development, as a crucial resource to fill financing gaps for housing production. The Community Reinvestment Act (CRA) became much more powerful through two policy changes: a requirement for public disclosure of CRA ratings (1989-1990) and a regulatory overhaul focusing more sharply on banks’ actual lending and investment activities. With the public subsidies in place, CRA has proved a potent stimulant of private market-rate capital for housing. These three sources of financing – equity from the LIHTC, market-rate financing encouraged by CRA, and HOME and CDBG to fill the gap – have become the staple elements of CDCs’ housing development activities.

There are hopeful signs on Capitol Hill. Movement to establish an equity-raising tool is already underway with the development of a Commercial Revitalization Tax Credit (CRTC), recently passed by the House of Representatives as a demonstration program in 20 areas. Previously, the CRTC had been introduced on a broader basis by Sen. Kay Bailey Hutchison (R-TX) and separately by Rep. Phil English (R-PA) and Rep. Jose Serrano (D-NY). The CRTC is also part of a broader package, S. 1995, the Real Life Economic Empowerment Act of 1998, sponsored by Sens. Spencer Abraham (R-MI) and Joseph Lieberman (D-CT), and HR 1031, the American Community Renewal Act, introduced in 1997 by Reps. J.C. Watts (R-OK), James Talent (R-MO), and Floyd Flake (D-NY, now retired).

In terms of gap financing, we will also need a larger, dedicated source of economic development grants and soft loans similar to HOME. On this front, the federal government could either choose to create a new block grant, or expand two existing categorical programs: HUD’s Economic Development Initiative, and the Office of Community Services’ Discretionary Grants Program at the Department of Health and Human Services (HHS). Either program, or both, could perform HOME’s function with increased funding and a national CRTC in place.

CDCs have been extremely successful in using the handful of key federal resources for affordable housing development as a tool to revitalize the low-income communities they serve. But by all accounts, efforts to create new commercial and industrial development in the same communities have lagged behind their residential achievements. Yet, the market potential exists in many newly revitalized neighborhoods for CDCs to do a great deal more commercial and industrial development. We should work diligently with our colleagues in Congress to develop a policy infrastructure to leverage private capital and spur much-needed economic development. The conditions are ripe and it is long overdue.

Creating a supportive cluster of community economic development policies will not be easy, however. We must do more to make the case for its importance, not just within the communities’ agenda, but within a broader national agenda of making welfare reform succeed, opening new domestic markets, and giving every community the chance to contribute to America’s competitiveness in the global economy. We have two considerable assets in this campaign. First, CDCs have earned enormous credibility based on what they and their partners have already done to revive communities the pundits had written off. Second, the CDC movement, when focused and mobilized, can be a powerful political force with roots in hundreds of urban and rural communities and in every state in the country. Putting in place an effective policy structure for economic development is worth the effort. Let’s go for it. 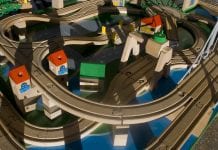 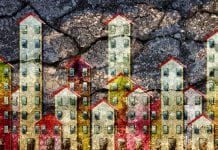 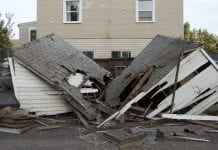 Flooded: How Natural Disasters Lead to Predatory Lending in the Rio Grande Valley