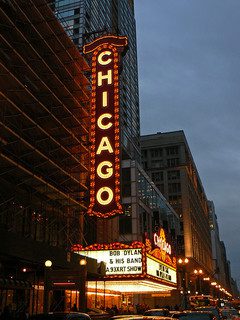 For the past 18 years, the Leadership Council for Metropolitan Open Communities, a not-for-profit advocate of racial integration, has been helping poor Black public housing residents from inner-city Chicago find subsidized housing – and hopes – in largely white suburbs around the city. They were given the mission as part of a court settlement of a suit charging the Chicago Housing Authority with racial discrimination in the construction and operation of public housing. Despite a long history of segregated neighborhoods and venomous racial politics in Chicago and its suburbs, the program has operated with virtually no white backlash or even mild-mannered criticism. Yet when the federal government began an experimental project to test similar efforts in other cities, some suburbs around Baltimore erupted in a white political firestorm that ultimately led to the curtailment of the national program.

Moving To Opportunity (MTO), as the Housing and Urban Development program was called, will continue in the five cities initially designated despite elimination of what would have been a second round of experiments. HUD also hopes to implement a broader Choice in Residency project that will make counseling on housing opportunities available to recipients of housing subsidies through the Section 8 voucher and certificate programs.

But the Baltimore experience suggests the problematic politics of any strategy to fight poverty through housing mobility, a policy that HUD Secretary Henry Cisneros favors.

The Gautreaux program in Chicago – named after the plaintiff in the suit against the CHA – never was intended as a remedy for poverty. But studies of Gautreaux by Prof. James Rosenbaum, who is affiliated with Northwestern University’s Center on Urban Affairs and Policy Research, indicate that women who moved to the suburbs had a slightly better chance of finding jobs (but at about the same wages) as women who moved to new neighborhoods in the city. Many also seem to have felt their housing was better and neighborhoods safer. Although their children often had some initial problems adjusting, the youngsters were much more likely than kids who remained in the city to graduate from high school, attend college and get decent full-time jobs.

Moving To Opportunity was quietly slipped into the Housing and Community Development Act of 1992 through the lobbying efforts of Alex Polikoff, the public interest lawyer who brought the original Gautreaux lawsuit. But then HUD Secretary Jack Kemp embraced the idea, which finally was launched under the Clinton administration. MTO and Choice in Residency are partly responses to the strong evidence in many metropolitan areas, including Chicago, that Section 8 housing vouchers have led to reconcentration of poor Blacks in suburbs. This pattern does not simply reflect conscious choice. Yet the problem is not only lingering discrimination but also inadequate knowledge of suburban housing markets and lack of confidence of many low-income Blacks. Partly under the influence of sociologist Douglas Massey, co-author of American Apartheid: Segregation and the Making of the Underclass, Cisneros has been a unique public figure in the ’90s in his insistence on the importance of the neglected goal of desegregation.

The Chicago “Leadership” program has succeeded in part because it has been relatively small, and the relocated residents have been widely dispersed. So far only about 5,700 families have found apartments through the program. Now about 450 a year succeed with their search, and the Leadership Council carefully screens and counsels all the candidates.

In late 1993, the city of Baltimore, in cooperation with the Community Assistance Network, a well-established anti-poverty agency in the suburbs, applied for the new MTO program. The news broke at a time when campaigns were gearing up for a wide variety of local and state office primary elections in the spring. In east Baltimore County, a down-at-the-heels, aging blue-collar Democratic stronghold, there was an open seat for the County Council. One candidate was former state House of Delegates member Louis I. DePazzo; his opponent was Jean Jung, president of the Community Assistance Network.

Early on, DePazzo seized on MTO as an issue, and encouraged the leaders of some community groups, who formed the Eastern Political Association, to organize protests. There were also some Republican candidates, hoping to make inroads in the area, who took up the issue. Rumor mills, fed by blatant misinformation and rabble-rousing organizers, created near-panic that thousands of Blacks and other minorities would be coming from the inner-city, bringing drug dealing and prostitution in their wake.

“I had people calling and asking, ‘Tell me the truth; should I sell my house?'” recalled Bob Gajdys, executive director of Community Assistance Network (CAN). “It bordered on mass hysteria.”

The eastern Baltimore County suburbs formed a receptive audience. The economy had been declining in the area, centered around Dundalk, where CAN had its headquarters. Bethlehem Steel, a major employer, had been cutting back its workforce, unemployment was high, and much of the savings of elderly blue collar workers was tied up in their homes. The infrastructure of the area was aging, public services were strained, and the level of social frustration was high. Also, Gajdys argued, residents of the Baltimore area, as in many big cities, had long refused to face metropolitan or regional issues. Suburbanites indulged in a social isolationism, thinking that the artificial city boundary was a wall holding back the tide of urban poverty, chaos, and crime. At a time when Baltimore Mayor Kurt Schmoke was announcing plans to raze many big public housing projects in the city, some suburbanites thought MTO would bring simply the first wave of what would be a later onslaught of inner-city Blacks.

With opportunistic politicians and community organizers ready to fan the flames, MTO was a spark landing in a rich bed of social tinder, even though MTO was a small program that posed little threat. Using $12.2 million from HUD, Baltimore would provide Section 8 certificates to only 285 families, a large fraction of whom were likely to relocate into areas in the city of Baltimore. In any case they could only use their vouchers in communities where less than 10 percent of the population had incomes below the poverty threshold. That requirement meant many of the neighborhoods that were most opposed to MTO would not have qualified to receive participants in the program. Also, Gajdys said, Community Assistance Network would counsel participants to stay away from buildings or blocks within even eligible areas if there was a high concentration of poverty because “that doesn’t represent an opportunity.”

Many politicians nevertheless surfed the waves of overwrought protest. Republican gubernatorial candidate Ellen Sauerberry opposed MTO as “social engineering” and observed to reporters, “Once you start messing with people’s property values, you’re asking for trouble.” Anti-MTO buttons and T-shirts proliferated, as politicians like DePazzo openly talked about how “these people” moving in under MTO would have to be taught how to bathe and not to steal, according to Jane Conover, housing director of the Citizens Planning and Housing Association in Baltimore.

Yet very few politicians were willing to defend MTO. The county executives of five of the six counties where MTO participants could have moved opposed it. The one exception was the executive of Howard County, the home of the planned, integrated community of Columbia and a county where racial diversification is required in many developments. Although Sen. Paul Sarbanes, who was running for reelection, remained aloof from the controversy, Sen. Barbara Mikulski, known as a strong liberal populist, caved in to the political uproar. As chairman of the Senate subcommittee overseeing HUD’s appropriation, she killed the extension of MTO to other cities.

Ironically, the politicians who attacked MTO did not necessarily fare well, and those who avoided the controversy quite often won. DePazzo won, as some observers predicted he would have even without the attacks on MTO, but he broke with the leaders of the Eastern Political Association, who took the campaign beyond what he had anticipated. They have since moved on to other issues. DePazzo’s own future is not secure; several Democratic clubs have severed ties with DePazzo because he endorsed Republican candidates. Also, the Republican executive of Baltimore County, who openly fought MTO, lost to a Democrat who avoided the issue, and Sauerberry lost the governor’s race as well.

MTO has continued. Out of about 2,500 eligible families, nearly 1,000 submitted applications, which were screened for eligibility, then awarded through lottery. In February 1995, the first of the 285 families were finding their new apartments in the city and suburbs as controversy died down. With vacancy rates high, quite a few suburban landlords contacted Community Assistance Network expressing interest in MTO participants. “MTO is going on,” Gajdys said. “There’s not a lot of political hoodyrah. Right now, I’m guardedly optimistic.”

HUD will follow the fates of three groups of families for the next ten years: one group will have received counseling with its rent certificates, another rent subsidies without counseling, and a third neither subsidies nor counseling. Many of them are expected to remain in public housing. The research will attempt to determine whether moving to the suburbs reduces poverty or improves the lives of the families.

If MTO succeeds, perhaps Choice in Residency will have an easier time. But if the numbers grow large or if new concentrations of poverty emerge, the now-simmering political outrage could boil again. The Baltimore public housing authority is in the first stages of a plan to tear down four large projects now housing about 14,000 people. The American Civil Liberties Union has filed a Gautreaux-type lawsuit claiming racial discrimination and arguing that the buildings should not be reconstructed in the same census tracts. Instead, the suit asks, public housing residents should have Section 8 housing certificates to move wherever they desire. The resolution of that dispute could rekindle the MTO controversy.

The experience of Baltimore suggests that public authorities should lay careful political groundwork for housing mobility programs to minimize the ability of demagogues to distort plans and inflame passions. The experience of Chicago indicates that small-scale plans, with careful counseling and advice on searches throughout dispersed locations, can minimize negative reactions. Ultimately white suburbs in most cases are willing, if they do not seem overwhelmed with their own economic and social problems, to accept some inner-city Black poor in their midst. Politicians need not be as fearful that supporting such programs will doom their careers as many in the Baltimore area were.

However, neither Chicago nor Baltimore, two cities where central-city authorities are hoping to relocate many urban poor to the suburbs and drastically diminish the concentration of the poor in public housing, yet answers the question of how far housing mobility can be pushed before the Baltimore backlash becomes unmanageable. Before reaching that point, it may be wise to follow Bob Gajdys’s advice and try to get suburban and central city leaders to realize that they must reach metropolitan solutions for their problems, including redevelopment of central cities as well as redeployment of inner-city residents to the suburbs.