Economic and Community Development Are Not Separate Agendas

EZs Are More Than Community Development

Despite Lemann’s unbridled criticism of empowerment zones, they offer important opportunities for comprehensive approaches to community revitalization. In a recent issue of Focus, a publication of the Annie E. Casey Foundation, Douglas Nelson, the Foundation’s Executive Director, points out that the empowerment zone and enterprise community legislation “is aimed at stimulating employment and economic growth as well as encouraging more comprehensive, coordinated, and integrated approaches to serving low-income communities.”  He goes on to say that “the intent of the empowerment zone/enterprise community legislation is clearly worthy, and the targeting of new resources to low-income communities is overdue. But there is also an opportunity in this legislation that goes beyond merely distributing needed dollars to distressed neighborhoods.  This initiative represents an extraordinary chance to develop new and more local systems of human services – ones that are more flexible, family focused, and community based.”

The key to a comprehensive, coordinated, and integrated approach to community development is building long-term neighborhood capacity and strengthening decision making institutions that are in and of the communities they serve. The Annie E. Casey Foundation’s new national initiative, Rebuilding Communities, is an example of one that seeks fundamental change through addressing five neighborhood revitalization strategies. As was stated earlier, Rebuilding Communities is not the only initiative engaging in a comprehensive approach to community building. The five key strategies are:

2. developing capable and effective neighborhood governance collaboratives to which authority for some public functions could gradually be devolved;

3. increasing public and private capital investments in the neighborhoods;

4. promoting housing and infrastructure development and maintenance; and

Rebuilding Communities is about building the capacity of neighborhoods to take on systems and change agendas. The experience of the five Rebuilding Communities sites over the next seven years as well as that of numerous other community building approaches hold promise for communities. We encourage Mr. Lemann to visit and learn from these sites as well as other comprehensive sites from the South Bronx to Chicago to Phoenix. He will see that community development is a vital force for restoring the American dream. 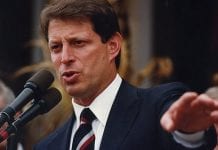 A National Commitment To Community Development

Rebuilding The Ghetto Does Work 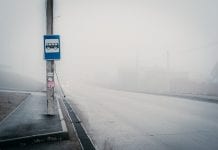