Retaliation by landlords is a fact of life for tenants when they repeatedly or publicly make demands for the repair of substandard conditions or remediation of unfair rules at their apartments. Landlords often retaliate against tenant organizers as well.

After some hard fights, tenants at HUD-subsidized properties earned their right to organize without retaliation—but for years this right was never enforced, despite repeated complaints. Now HUD has finally issued its first sanction of a landlord under these rules. What is needed now are actual consequences for being sanctioned.

For tenants, retaliation may come in the form of a notice of lease violation, a notice to vacate, the filing of an eviction case, an unscheduled inspection, or other kinds of mistreatment.

For tenant organizers, retaliation may include the threat of arrest, an actual arrest, suing the organizer or the organization they are part of, removal of posted fliers, armed guards watching over tenant association meetings, or being followed and/or harassed by management or staff. All of these things have happened to Texas Tenants’ Union organizers at one point or another, and some have happened more times than we can count.

In the fall of 1997, three tenant organizers were arrested at HUD-assisted properties. One worked for the Texas Tenants’ Union in Dallas and two worked for the Coalition for Economic Survival in Los Angeles.

Dina Levy was arrested while leafleting at the Regis Square Apartments in Dallas, a development that was on a list of troubled properties where HUD intended to terminate the project-based Section 8 contracts and displace the residents with vouchers if the property wasn’t improved in 120 days. We had seen contract terminations before where tenants were unable to find landlords willing to accept the vouchers and ended up living in other substandard HUD-assisted housing. Tenants expressed concern and wanted help.

The owner of Regis Square asked Levy to meet him at the management office prior to a scheduled tenant meeting. With the owner were a team of people who intimidated Levy and told her they didn’t want her on the property. Levy attended the tenant meeting that night, but stood a few feet away from the property line in order to comply with the landlord’s request. Not long after, she was leafleting for another tenant meeting (because residents were too scared to do so), when the police arrested her for criminal trespassing.

In Los Angeles, organizers were responding to a tenant call after a bathroom ceiling collapsed on a pregnant woman. The police were called and those organizers were arrested.

Getting the Right to Organize

Following these arrests, the National Alliance of HUD Tenants (NAHT) mounted a campaign to expand tenants’ rights to organize. At the 1998 NAHT conference (see 10:35 to 14:48 in the linked video), Jose Sanchez, the Los Angeles tenant who had called organizers, made a powerful presentation to a HUD official with Catalina Mendiola, one of the organizers arrested, as his interpreter. Sanchez’ story of fleeing war in El Salvador elicited an emotional response from the audience. He described how common it was for police and the Salvadoran army to arrest and kill dissidents, and said he thought only in El Salvador could such a thing happen.

Sanchez’ presentation helped lead to a commitment to protect tenants and organizers in HUD-assisted properties. Language drafted by Jim Grow with the National Housing Law Project was included in the FY1999 HUD appropriations bill to expand previous organizing protections to project-based Section 8 tenants, providing the opportunity for tenants to step up their push for stronger HUD regulations. On June 7, 2000, HUD published the Tenant Participation Regulations, which spelled out tenants’ right to organize, and tenant organizers’ right to assist them.

The regulations proved useful in gaining cooperation of landlords at some properties, but many landlords still failed to understand and comply. The regulations gave HUD several enforcement options when landlords violated them, but in the 19 years since the regulations’ publication, we’ve found that no landlord has ever been punished. As a result of HUD’s failure to enforce these regulations, interference with the right to organize continues unabated.

When NAHT and its member groups raised the lack of enforcement of the regulations issue at the start of the Obama administration, officials indicated that no owners had been punished because there wasn’t a process established to implement the regulations.

In 2011, HUD issued the first in a series of HUD Notices on the Right to Organize, H 2011-29, which started to address this problem. The HUD notices spell out a process that begins with a written complaint supported by factual evidence submitted to the local HUD office with copies to the owner. The current notice requires HUD to attempt to bring the parties together for conciliation, and if no agreement is reached, to conduct an investigation of the complaint. If HUD finds the owner has committed a violation, a notice of violation will be issued to the owner that directs the owner to correct the violation within 30 days. If the owner fails to respond or does not address the violations, the complaint will be referred to the Departmental Enforcement Center, which has the authority to issue sanctions.

In 2012, the Texas Tenants’ Union helped the Vista Verde Tenant Association in San Antonio file a complaint following the process in HUD’s notice. There had been continuous interference with tenant organizing at Vista Verde, including canceling tenant association meetings, sending multiple infraction notices for bogus lease violations to tenant leaders, and attempts to evict tenant leaders. Tenants organized initially to have a voice in their community, but quickly found themselves fighting for basic rights.

The San Antonio HUD office found no cause for the complaint, despite substantial documentation. The Texas Tenants’ Union appealed this to the Fort Worth HUD office, which referred the complaint to HUD’s Departmental Enforcement Center, but because no notice of violation had been issued to the owner, the complaint was sent back.

Guidelines were changed after the original complaint was filed to require a conciliation process, but by the time this whole process played out, the tenants were thoroughly demoralized.

In 2016, the Texas Tenants’ Union filed a complaint against the owner of the Ridge at Trinity Apartments in Dallas, following threats to arrest two AmeriCorps VISTA volunteers who were assisting tenants on the property. The two volunteers were part of the newly-formed VISTA Affordable Housing Preservation Project (VAHPP) which focused on preserving, maintaining, and improving Project-Based Section 8 housing across the country. Ridge at Trinity had been troubled for years with crime and substandard conditions, but a new owner purchased the property in 2015 with the intention of renovating it and preserving it as affordable housing. Tenant participation was key to the VAHPP project, so VISTA volunteers conducted outreach to determine tenant concerns and interest in organizing.

Meanwhile, other tenants’ rights were being trampled at Ridge at Trinity, and many were fearful of retaliation. When it was time to transfer to the renovated units, most tenants received no relocation help, and elderly residents were seen pushing their belongings in shopping carts to their new apartments. Tenants reported that if they couldn’t complete the move quickly enough, they were locked out, and their belongings were thrown away. Ridge at Trinity also converted from an all-bills-paid complex to tenant-paid utilities without proper notice or process.

This time, the Fort Worth HUD office found no cause and the Texas Tenants’ Union appealed to HUD Headquarters, following the process described in the current HUD Notice, H 2016-05. For two years there was no response, despite repeated requests for action.

Finally, on July 18, 2018, HUD issued its first-ever Notice of Violation to a landlord for interfering with the right to organize.  The notice went to Alvin Johnson of the Hope Housing Foundation, principal of Loop 12 Trails Ltd., and owner of the Ridge at Trinity Apartments in Dallas. The owner was given 30 days to respond but did not. Rather than pursue enforcement remedies as required by the HUD notice, HUD issued a second notice of violation to the owner on May 8, 2019, with a new 30-day response period.

Kathy Duncan, a tenant who called TTU VISTAs out to the property the day they were threatened with arrest said, “…Johnson’s treatment of tenants and the organizers who tried to help was despicable, and he deserves to be sanctioned.”

The Ridge at Trinity complaint has been forwarded to HUD’s Departmental Enforcement Center, which has the authority to fine, suspend, debar, or issue a Limited Denial of Participation to the owner.

Landlords need to know that if they violate tenants’ rights there will be actual, meaningful penalties. 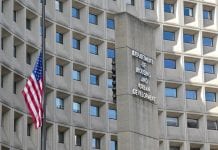 HUD Has Money for Tenant Organizing. Why Isn’t the Agency Spending It?