About 20 cities nationwide remain under consideration as the site for what Amazon has billed as the search for its second headquarters.

Philadelphia, one of the finalists, has offered the online retailer a package of tax breaks and other benefits reportedly totaling in excess of $3 billion dollars, including state aid. New Jersey (for a Newark-area site) has offered subsidies more than twice that amount. These offers are not dissimilar to those made by more than a dozen other jurisdictions, indicating just how willing political leadership is in these communities to compete for Amazon’s presence.

However, support for these subsidies has not been without criticism. Some are opposed to the idea of giving up funds for badly needed public resources to one of the world’s richest companies, and some economists have questioned the economic efficiency of corporate tax breaks altogether, and proposed alternatives that would better strengthen communities and local economies.

Nevertheless, if corporations continue to extract public subsidies as the price for locating in a community, perhaps the debate is not whether to offer subsidies but rather to reconsider how and for what specific purpose such subsidies are to be provided.

The Economic Value of an Amazon Workforce to a City

For Philadelphia, as a result of the subsidies being offered, hosting Amazon will be essentially valueless in terms of the corporate tax revenue received. Moreover, there will be opportunities lost, as Amazon would occupy valuable land that might otherwise be developed without such extensive tax subsidies.

For Philadelphia and similarly distressed cities, the real economic value of hosting Amazon is as a home to its workforce. In Philadelphia, these workers would:

Many Amazon employees will become new entrants to the local housing market; purchasing and improving existing homes, raising property values (and property taxes) and fueling demand for new residential construction of all types. Substantial additional home construction and rehabilitation could be expected, adding to the city’s employment and tax base as a result.

Finally, some employees will ultimately leave Amazon. By increasing the city’s pool of technically trained and experienced workers, the city increases the chances that other employers in need of technically skilled workers will see the city as a desirable place to locate or expand. Other employees may leave to start their own businesses, and locating a new business in the city is likely to be a first consideration.

In these ways and others, attracting the most Amazon employees as residents as possible is important to a city’s efforts to strengthen its future economy, tax base, and attractiveness to other employers.

A Plan That Works

Affordable housing activists have expressed concern that if thousands of new Amazon employees were to enter a city’s housing market, it would cause new affordable housing scarcities, particularly within the rental housing market, and increase gentrification pressure in neighborhoods already subject to low-income displacement. But like city officials, housing advocates have not yet placed responsibility on Amazon to mitigate this, instead calling for more taxpayer funding of familiar affordable housing programs.

A proposed solution to a city’s economic need to capture a large share of the Amazon workforce as local residents; Amazon’s financial and social goals; and current residents being priced out of their neighborhoods is the adoption of an expansive employer-assisted housing strategy.

If Amazon or another corporation is looking to bring relocation, development, or operational costs below a certain dollar amount, there is no inherent reason that a dollar saved via tax abatement is more valuable than a dollar saved (or another equally valuable corporate goal attained) via an employer-assisted housing program. However, it is clear that while corporations are familiar with how to reduce their tax liabilities, they are substantially unfamiliar with how to offer a housing benefit and structure it so that it attains various corporate goals.

To begin, local and state governments will need to be far more sophisticated in making clear the advantages of employer-assisted housing strategies, and make it administratively simple for a prospective corporation to participate in the offering of a housing benefit.

For example, the public sector could offer a tax credit program (Illinois does this) or create special investment instruments for employers to purchase, which would result in the creation of a profitable employee benefit. New York State experimented with a program known as Start UPNY which was a highly geographically targeted program to support high tech start-ups. The program has since been altered and no longer includes workforce housing, but it initially offered tax breaks to employees if they sought to reside in the same targeted area as the assisted high-tech employer. Such a model in the case of Amazon could be offered purposefully which would benefit the employer (wage savings), the targeted community (needed reinvestment), and the employee (increased housing opportunity). Combined, this model produce a much broader set of beneficiaries than is provided by simply abating corporate property taxes.

At least one large employer in Philadelphia—the University of Pennsylvania—has at some point used its balance sheet to guarantee mortgages (at no cost to the employer) in a neighborhood that was in need of revitalization. Certainly a company as financially strong as Amazon could do the same thing. Perhaps the city or state could provide additional support in return for such an action.

Typically, companies and public sector supporters of employer-assisted housing have structured their programs with relatively broad geographic targeting, if any. However, there is no reason that programs couldn’t be offered in tightly targeted ways, emphasizing proximity to corporate facilities, mass transit, and/or neighborhoods in need of investment, while avoiding neighborhoods that are already subject to gentrification pressures.

Similarly, although employer-assisted housing programming has tended to focus on making existing single-family housing more affordable to employees, there is no reason that programs couldn’t be structured to facilitate new multi-family housing (ownership or rental), or land trusts (co-managed with nonprofits and providing a mix of housing, some for workers and some more generally available) with a variety of ownership arrangements including leasehold, lease-purchase, and shared equity. In markets where this is appropriate, programs might be structured to help reduce the number of foreclosed homes sitting idle and decaying.

Having employer-assisted housing as part of a city or state’s economic redevelopment toolkit can provide corporations with the public sector support they need (or at least believe they can insist upon), while providing a broader set of beneficiaries than more traditional tax-exempt loans and tax forgiveness programming. Moreover, while complaints about “corporate welfare” have not risen to the level where government has ceased providing it (or corporations aren’t taking it), offering a housing benefit program that has a broader set of beneficiaries may be a way of blunting critiques.

In all business negotiations, no deal is done until it’s done, but without engaging Amazon none of this will happen on its own. It is not too late for competing cities to raise this issue, and it is certainly not too late for state and local policymakers to include employer-assisted housing programs in their future economic development strategy and corporate recruitment efforts. 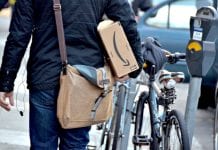 Lessons for the U.S.: How the EU Controls Bidding Wars for Jobs and Investment 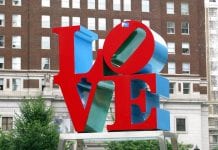 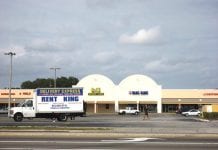