While history can be interesting to learn about, it’s more important to learn from. How can millennial women learn from previous generations? Know that just 100 American years ago, women were forced to rely on the men in their lives for income, savings, and end-of-life care. In fact, until the turn of the 19th century, it was illegal for women to even hold assets in their own names. Today, most women have the autonomy and ability to take charge of our finances, but we don’t all do it. Statistics indicate that a small percentage of women aged 21 to 34 are actually deliberately planning for their futures.

As millennial women, we have a personal responsibility to protect ourselves, and cannot afford to ignore that retirement is another part of our life cycle.

Millennial women have many advantages when compared to previous generations of women. For example, a higher percentage of millennial women have bachelor’s degrees compared to our male counterparts. The wage gap, though still present, is narrowing. In 1980, women made just 64 cents for every dollar a man earned. Thirty years later, women are earning 84 cents for every dollar.

Unfortunately, while we are making gains in education and employment, we’re still not hitting the mark with retirement savings. Millennial women have half as much savings in retirement accounts as do men, and only half of millennial women have started to save at all for retirement, while 61 percent of our male counterparts have already begun. Overall, in terms of wealth, women only have 36 percent of the assets that men do.

It’s a steeper climb for millennial women of color, who have a much thinner cushion for financial emergencies.

The gender wage gap is starker for women of color. They are more likely to be starting adulthood without the financial support of their families, and many have additional pressures to support family members themselves. This means that starting to think about retirement may be delayed. They are also less likely to get married, which decreases the potential of financial safety nets that come with dual incomes.

One irony is that women work an average of 12 years less than men and can thus anticipate smaller Social Security payments, but they outlive men by almost five years on average and thus have a higher likelihood of needing medical and long-term care assistance.

For these and many other reasons, women cannot afford to ignore retirement planning, and while the concept of “save for tomorrow and plan for retirement” is easy to understand, it has proven difficult to put into practice. Investing in workplace 401(k) plans and opening IRA accounts seems out of reach for many when salaries have simply not kept up with the cost of living.

The challenges of saving for retirement are real—but not saving early can be even more costly in the long run. The power of compound interest—the interest on any amount that is saved today is continually reinvested and growing—is something that young women should take to heart. But the operative word is today.

If young women hope to have a secure retirement, we need to start saving now—but other actions are needed too. It’s important to keep in mind that women didn’t just happen to fall behind men in terms of wealth; rather, strong social and political forces have put barriers to women’s wealth building. Until very recently, federal policies have been shaped overwhelmingly by white men with very different life experiences from most American women. For example, taking care of children and parents, work that’s largely done by women, does not count toward working history when applying for Social Security benefits. Neither does part-time work that women often perform during these caretaking periods.

And so, young women must continue to fight in the areas women always have: equal pay, support for working families, affordable housing, and access to affordable higher education. Add to this list Social Security improvements, including pushing for additional support to be focused toward older Americans (age 80 and up) so that it reaches women when they need assistance the most. Let’s educate ourselves and other women about savings options, such as myRA, and push our sisters, nieces, and friends to start thinking about retirement when they first begin working.

Women have historically relied on systems and families to take care of us as we grow old. But those dynamics are changing, so we must take control and put structures in place to ensure our financial security. 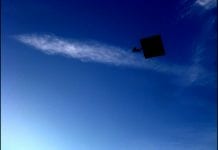