Citing the positive effects high-quality public spaces have on the quality of urban life, neighborhood stability, social capital, economic vitality, public safety, and community identity, the report strongly encourages urban planners and policy makers to work with local stakeholders to turn abandoned and underutilized public spaces into public spaces that residents can use, value, and commit to maintaining.

The authors present a series of projects that reimagine and reactivate a variety of public spaces in Cincinnati, Cleveland, Detroit, Buffalo, and Pittsburgh. While these projects are quite impressive, the report fails to explain how they will improve the economic position of these cities in our increasingly competitive global economy. Placemaking appears to be the latest example of planners’ and designers’ fascination with small-scale physical improvement strategies that have, in the past, demonstrated little ability to address the problem of underperforming regional economies. As increasing numbers of residents from legacy cities undertake these sorts of efforts, less attention is being given to the local economic development policies of city, county, and state government which, one could argue, have a more significant impact on regional growth and development.

Several of the projects presented as good practices featured the use of public funds and zoning regulations to advance a public space improvement plan crafted by powerful business and institutional interests with little, if any, input from low-income communities of color directly affected by these projects. The most glaring example of such exclusionary planning practices was the expansion and redesign of Washington Park, located at the edge of Cincinnati’s Central Business District in the city’s historic Over the Rhine community. In this project, powerful downtown business interests combined to establish a new development corporation which supported the establishment of a new charter school, which appeared to undermine enrollment in an already underutilized school, setting the conditions for its closure, demolition, and incorporation into an expanded Washington Park. Following the relocation of a large men’s shelter away from the park, the space was redesigned to eliminate two features of the park highly valued by the neighborhood’s many low-income residents, namely, a full-sized swimming pool and outdoor basketball courts.

While the Washington Park improvement project, as well as several other projects included in the report, represent significant new public and private investment in the public realm of economically distressed cities, the exclusionary nature of the planning processes used to produce these improvements and the specific programs implemented raise serious questions regarding who benefits from and who pays the price of these changes. The Washington Park, Detroit Midtown, and Elmwood Village Commercial Revitalization Projects appear, on the surface at least, to benefit privileged elements of these communities at the expense of their more vulnerable residents and business owners. As such, these projects may intensify already present gentrification and displacement pressures.

I would encourage the New Solutions Group to consider undertaking a follow-up report that would focus on the long-term place-making efforts of community-based organizations representing low-income communities of color that started with small-scale improvement projects, progressed over time to large-scale redevelopment initiatives, and resulted in significant changes in city and state urban policies. A report documenting the increasingly ambitious urban transformation efforts of community-based development organizations such as the Dudley Street Neighborhood Initiative in Boston, East Brooklyn Congregations in New York City, New Community Corporation in Newark, West Philadelphia’s Landscape Project, and the East St. Louis Action Research Project would serve as an appropriate counterpoint to this report.

Ken Reardon is a professor of city and regional planning at The University of Memphis and a long-time Shelterforce reader and contributor. 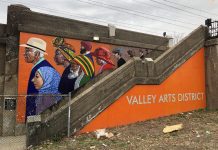 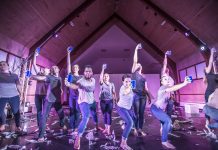 A Transformative Experiment in Alaska 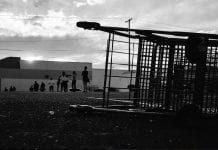