Abingdon, Maryland, 1988: Newly constructed townhomes nestled amidst remnant woodland created my ideal third space as a 5-year-old: the setting for a rickety plywood platform “tree house” within walking distance of my temporary family home. I heeded minimal safety reminders and regularly pursued getting my feet off the ground. In my youth, I felt liberated only when I could seemingly defy gravity. Having a tree house also made for quick friendships in a neighborhood composed mostly of transient families.

Batavia, Illinois, 1998: Aside from restaurants like the Colonial Cafe, which served as a staple third space for suburban teens craving copious scoops of ice cream, Batavia’s Teen Center offered a getaway spot complete with an entertainment area and a pool table. The park district carved the center out of a wood-frame three-story in need of a little elbow grease. It was perfect.

A third space provides a few basic amenities that allow you to engage in the world, yet separate yourself from those first and second spaces (home and work), which, every now and then, wear you out. When I think about how a single tree and teen center became my sacred third spaces, I wonder about what kind of third spaces youth find today in our distressed neighborhoods.

Perhaps community developers can take vacant structures and create third spaces that marry their interests in rehabbing foreclosures, creating safe spaces for youth in urban environments, and promoting community. With all the vacant square footage we’ve created over the past several years, using vacancies to create neighborhood-based third spaces could change our urban landscape for the better. 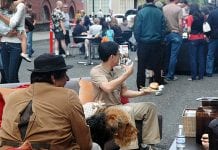 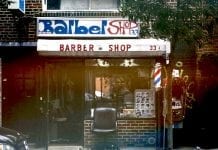 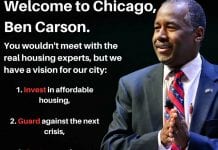