At least 18,000 people die each year in California as a result of bad air quality. That’s 180,000 preventable deaths over the course of a decade.

When it comes to environmental health in communities of color, saying “This is life and death” is not rhetoric, but a reality that fueled a remarkable grassroots victory in 2010. California voters, led by its voters of color, turned back an oil company financed initiative aimed at overturning the state’s toughest-in-the-nation global warming law.

The initiative, Proposition 23, would have suspended California’s climate law unless the state’s official unemployment rate fell to 5.5 percent or less for four quarters in a row, something that hasn’t happened for several decades. So, while the measure’s stated goal was to protect jobs and the economy, its real objective was a defacto repeal of the law, popularly known as AB 32, potentially taking down tough climate action across the nation.

Global warming—or more accurately, climate change—is the result of too much carbon dioxide and other “greenhouse” gases that trap heat in the atmosphere. These gases are released by the burning of fossil fuels and are almost always accompanied by co-pollutants—toxins like sulfur dioxide and particulate matter associated with bad air quality and health problems. Climate change increases air pollution, and in California, as in the rest of the United States, people of color and poor people already breathe the dirtiest air and experience disproportionately high rates of pollution-related health problems.

Two Texas-based oil companies, Tesoro and Valero Energy Resources, funded a successful $2 million signature gathering campaign that placed the misleadingly named “California Jobs Initiative” on the November 2010 ballot. The campaign hit economic issues hard, claiming that AB 32, along with the state’s long history of incentives for clean energy and energy efficiency, had destroyed California’s economy and cost thousands of jobs. The pro Prop. 23 campaign predicted it would raise $80 million to $100 million, the biggest expenditure for a state ballot measure ever.

A Fight for Survival

With two oil companies trying to undo what they had worked so long for, the environmental and environmental justice communities had no choice but to move quickly, explains Roger Kim, executive director of Asian Pacific Environmental Network (APEN).

Uppermost on everyone’s mind in mid-2010 was the stinging—and needless—defeat of 2006’s Proposition 87, which would have placed a tax on oil company profits to fund renewable energy research and development. Well funded (to the tune of $40 million) by two progressive donors, the Prop. 87 campaign felt it did not need to engage communities of color, labor, or low-income communities to win. As a result, the no campaign, funded by Chevron and other oil companies, immediately and effectively tagged the measure as a tax on the poor. Thanks to a relentless “no on 87” paid media campaign targeted at people of color and the lack of a “yes” ground game or media in those same communities, Prop. 87 was defeated by a nine-point margin.

When it came to Prop. 23, therefore, rather than only participate in the mobilization of the traditional environmental groups, environmental justice and social justice leaders created their own coalition, Communities United Against the Dirty Energy Proposition, not only to defeat Prop. 23 but also to advance long-term economic justice, health, and environmental protection. The Oakland-based Ella Baker Center for Human Rights, later joined by APEN, the California Environmental Justice Alliance, the Greenlining Institute, and PowerPAC, formed the nucleus of this coalition, which quickly grew to more than 120 environmental, social, and economic justice organizations statewide.

APEN and its allies knew it was imperative that people of color and low-income community organizations reach their communities with messages about health and jobs — and with messengers from those communities. They used three central “no on 23” messages:

The first message was the focus of campaign materials distributed by Stop Dirty Energy, an existing, mainstream environmental campaign collaborating with Communities United on the No on 23 effort. The health and jobs messages were central to Communities United’s media and organizing campaigns. Ella Baker Center director Jakada Imani explains, “We went to communities of color and said, ‘These oil companies don’t care about you — what they want is the right to pollute your community and the right to pollute your children.’”

Building from the Base

For environmental justice and community-based organizations, says APEN’s Kim, taking on a message about health, jobs, and justice was less challenging because those conversations were already taking place in communities. Building from this base, Communities United organized and implemented an impressive and large-scale voter engagement program which included:

In the end, “We didn’t just beat the oil boys. We beat the pants off the oil boys,” Imani says, smiling. “All [our] folks brought everything they had to the table.” Prop. 23 was defeated, with 61.6 percent voting against the measure.

Since the modern environmental movement began more than 40 years ago, grassroots campaigns and communities of color have fueled the most important environmental victories in California and in the nation. Sadly, even though the direct effect of these campaigns on greenhouse gas emissions, air quality, and health is huge, at this point they are too often undocumented, not aggregated, and dismissed as singular, “local” fights or worse, as “NIMBYism.” But these communities are where “folks … are sick of seeing every other kid with an [asthma] inhaler,” as Communities for a Better Environment’s Bill Gallegos puts it. They know “you don’t have to live with it. You fight it,” he says. They are working every day to create a sustainable, equitable, healthy, and democratic future for themselves, for their families, and for their communities.

The Prop. 23 story grabbed big headlines, but too often that’s not the case with these grassroots campaigns. The challenge to the environmental movement is learning to listen to the grassroots, which already wholeheartedly embraces health and environmental values — and has demonstrated repeatedly that it’s willing to fight for clean air, clean water, and safe and healthy communities.

As Gallegos explains, “We know what needs to be done [and] we know what the solutions are: energy efficiency, conservation, regulatory mechanisms, replacing fossil fuel with clean renewable energy sources, public transportation versus single car transportation, expansion of green space, [and] restoration of wetlands. It would improve our public health and put hundreds of millions of people to work.”

With Communities United Against the Dirty Energy Proposition now morphing into Communities United for Clean Energy and Jobs, the same community power that fueled the defeat of Prop. 23 will be harnessed to put those solutions in place in California and around the nation. 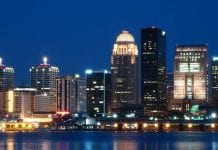 Pollution, Place, and the Unnecessary Tragedy of Premature Death: Lessons for COVID-19