The line wound around the room at lunchtime last December at the storefront post office located in the Delaware Avenue neighborhood of Albany, New York. An area resident speaking only limited English piled one brown-paper-wrapped package after another onto the scale at the front counter and then made choices about at which speed to send each one. The woman behind him — who needed a money order to pay her bills — fidgeted. The line was robust, but a woman standing several people back in line commented with a wry smile “this post office doesn’t get enough business to stay open.”

And indeed, on the wall behind her head was a large poster informing customers that their branch was on a list for possible cost-cutting consolidation, and that they should consider using the Delmar post office — a four-mile, one-way ride on a bus line whose service drops to less than once an hour outside of rush hour — or the downtown Albany Hudson Avenue post office, one that is notoriously crowded and understaffed and is a three-mile walk to the bottom of an incredibly steep hill. One particularly out-of-touch mailing to everyone in the neighborhood suggested that they buy their stamps at a gas station on a highway commercial strip at the far end of the city — three buses if you’re lucky, and practically an all-day trip without a car.

Of the four census tracts surrounding the branch, three have carless rates much higher than the city average (which is of course higher than that of surrounding ‘burbs), nearly hitting 40 percent. The diverse population includes many poor and elderly, a sizeable new refugees segment, and quite a few visually impaired people.

Louise McNeilly, president of the Delaware Area Neighborhood Association, says that in her decades of community activism, keeping the post office open has been the easiest thing to get people to support. She and other neighborhood activists hear fears about the closing of the station from all quarters: “I guess I’m going to have to take a three-hour bus ride to mail a package to my grandkids.” Or “How will I run my business without my PO box around the corner?” And “I went to the Hudson Avenue post office and the line took forever! I can’t do that all the time.”

Albany is not alone. In June 2009 the United States Postal Service (USPS) announced a review of 3,300 post office branches and stations in metropolitan areas “focusing on facilities in relatively close proximity to one another where consolidations might be feasible without compromising customer access.” By that, they meant municipalities large enough to have many branches and stations within their borders. By the fall they had narrowed it down to 400 and were conducting further reviews and holding public input sessions. As of January 29, 2010 it was down to 162, with “no final decisions made.” The list is final, with the Postal Regulatory Commission giving it a stamp of approval, but USPS spokesperson Greg Frey says there are no plans to actually act on the list at the moment.

It’s no secret that the USPS is facing financial difficulty. It was already scrambling to adapt to the relentless shift away from the mail for transactions such as bill delivery and bill payment, and doing fairly well at it, when the recession hit, taking a massive chunk out of its commercial business — sales flyers and the like. The agency ended the first half of its fiscal year (Oct. 1, 2009, to March 31, 2010) with a net loss of $1.9 billion, and its mail volume for 2010 is projected to be 10 billion pieces fewer than the previous year.

Of course what sets the USPS apart from both private business and other government agencies is that, first, it’s required to serve the entire country, reaching every single address and, second, it’s required by law to turn a profit without receiving any tax money. Then, in 2006, the Bush administration saddled it with an extra cost: a clause that directed it to immediately create a trust fund to cover future retirees’ anticipated health benefits. As Greg Frey, USPS spokesperson says, “How anybody thinks they can estimate how many employees we’re going to have into the future …” This rule resulted in an additional one-time $5.4 billion in costs. Relief from this trust fund requirement, along with permission to move to a five-day delivery week, are the top things the USPS is seeking from Congress to help it maintain solvency.

But smaller cost-cutting measures are also being implemented on all fronts. Postal carrier routes are being consolidated, excess vehicles and parking are being shed, plants are being reorganized, and stations and branches have been reviewed for “optimization.” For a long time it seemed like station consolidations were imminent, and unless the USPS gets relief on other fronts, they will likely come up again.

“We’re trying our best to maintain easy access,” said Frey. “It’s not our goal to make it difficult to do business with the Postal Service.” But at the same time he also likened physical post offices to phone booths — something that might just be on the way out, replaced by the postal equivalent of cell phones. “Your letter carrier will pick up flat rate boxes,” he noted.

“Today, three out of 10 stamps sold are sold in a grocery store. That’s how today’s American consumer shops, so we’re moving into that groove with them,” adds Maureen Marion, public affairs specialist for the USPS upstate New York, Western Massachusetts and Connecticut region.

But which American consumers? Residents, neighborhood leaders, and union leaders in affected urban neighborhoods take a decidedly different view of the importance of a physical post office and the services it offers that grocery stores don’t — such as postal money orders, passports, P.O. boxes, bulk business mailings, certified mail to prove that social service applications or taxes were mailed by deadline, or help with meeting mailing requirements for a care package being sent to an incarcerated family member. These things are still hard to find elsewhere, even for those few lucky enough to have a home Internet connection, a printer (printer ink isn’t free), and a postal scale. For those who don’t, the nearby post office can be crucial.

McNeilly pointed out that the availability of postal money orders may be one reason her neighborhood hasn’t seen an influx of predatory check-cashing outlets and worries about what might happened once they’re not accessible.

Denise Diaz of Central Florida Jobs With Justice, which protested against the potential closing of five post office stations in the Orlando area, says the loss of those post offices would have been devastating to the residents. “It was clear that these were predominately in low- to moderate-income communities, plus one on the outskirts of downtown in the Vietnamese community with a lot of small businesses. It would have been a huge loss, particularly for seniors, small businesses, and people who don’t have a car. Some people would have had to go over six miles. [For some], if you were to look up your nearest postal station — those three [of the ones on the study list] would have been your options. They were going to wipe out a whole series of communities.”

In testimony to the Postal Regulatory Commission regarding at-risk stations in Manhattan and the Bronx, Clarice Torrence of the American Postal Workers Union for the New York metro-area noted, “Those most dependent on the Postal Services are the elderly, the poor, the disabled, and small business owners. … Closing their post office because there is another only a mile away is not only short-sighted, it is cruel.”

Laura Welles, of Albany, notes that work-at-home and self-employed people and those who live without a car by necessity or choice are also on that list.

Orlando’s post offices were removed from the closure list, as was downtown Pensacola’s, after the Pensacola Business Improvement District launched a massive campaign to save it. The arguments they made echo those of other affected neighborhoods. “Downtown Pensacola is the only neighborhood in the City that is actually adding households and residents; but it is the one that will be without a post office,” the BID wrote on the campaign’s website (saveourpostoffice.com). “The proposed location for the consolidation of the downtown postal station is three miles one way from the existing downtown post office — or six miles round trip. … Downtown Pensacola is one of the few areas of our community where the density is great enough that it makes more sense to walk instead of drive. Putting so many additional vehicles on the street for multiple times each day … would negatively impact our environmental quality.”

But just an outcry was not always enough to remove a post office from the list — after many petitions and postcards, press conferences, news stories, and attendance at a badly publicized public input meeting — held outside of the neighborhood itself — the Delaware Avenue station in Albany remained on the consolidation list.

Given the focus on larger municipalities, the stations remaining on the list are concentrated heavily in core city areas. Especially in the highly fragmented home-rule Northeast, where there are many small municipalities next to each other, “many suburban areas don’t have a station or branch to consolidate,” explains Marion. Of course this means that many of the places facing consolidations are also those that have been hard-hit by foreclosures and often are the locus of revitalization efforts. Ohio, California, and Florida dominate the list of closure suggestions.

The difference in what’s “accessible” for a dense urban area and for a suburban one can make these consolidations seem from the outside to be less of a problem than they are. For a post office in a car-oriented shopping plaza, whose customers nearly all drive there, diverting those customers to another post office three miles away would be a minor inconvenience; doing so in low- to moderate-income urban area is a serious disruption at best.

Marion alludes to the “struggles” facing urban areas as if consolidation were a sad but inevitable result of declining neighborhoods. But needing services spaced more closely doesn’t necessarily mean the area in question is weak or in decline; in fact, it could mean it’s composed of exactly the kind of walkable, efficient, green, mixed-income neighborhoods that the Obama administration claims to be trying to encourage.

If we’re serious about investing in strong neighborhoods in a coordinated, collaborative fashion, perhaps the USPS should be brought into the administration’s Sustainable Communities Initiative, in which the EPA, DOT, and HUD are working together to coordinate their investments to support existing communities that are “healthy, safe, and walkable” and enhance economic competitiveness through “reliable and timely access to services.” Given the very real financial crisis the postal service is in, it might take relaxing the Nixon-era requirement for postal service self-sufficiency, but the return on investment, for our neighborhoods, would be incredible. 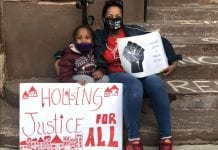 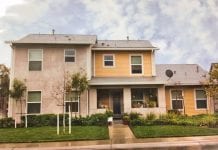 How Engagement and Design Won Over Wary Neighbors 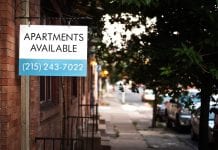 Rents Will Only Go So Low, No Matter How Much We Build